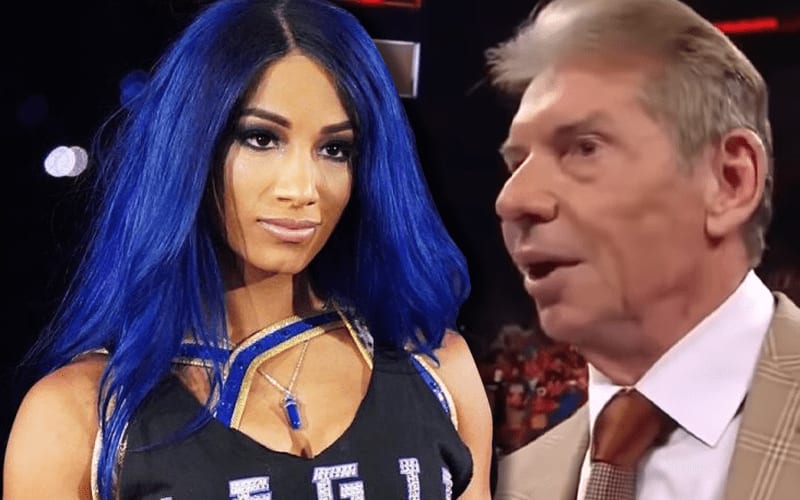 Sasha Banks spent a lot of time at home after WrestleMania in 2019. She spent the better part of that year at home, and there is a reason for that. She wanted to quit.

During the recent Broken Skull Sessions, Sasha Banks admitted that she told Vince McMahon she wanted to quit WWE. His answer was very short, but affective. He told her no, and then gave her 30 days to mull it over. The Boss took far longer than that.

Sasha Banks did return to WWE, and the rest is history. It also makes us have to wonder how different things would have been at the time if Vince McMahon was in the mood to grant Sasha Banks’ release request instead.