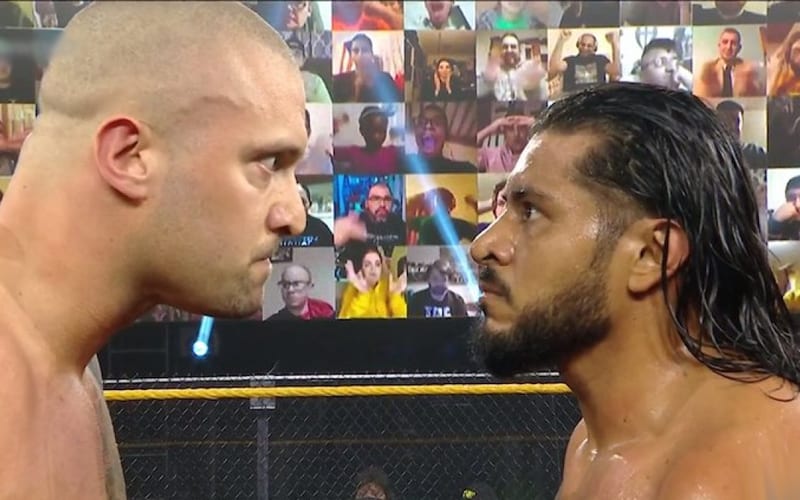 WWE NXT was set to feature Karrion Kross versus Santos Escobar in a non-title match. That contest didn’t happen, and it was explained away with a storyline reason. This reason was actually a very real one.

During Wrestling Observer Radio, Dave Meltzer provided a few new details on why Karrion Kross vs Santos Escobar didn’t happen this week on NXT as scheduled.

“There was a medical reason that I heard yesterday, Tuesday, that the match wasn’t going to take place. So, it’s not a storyline. It was a storyline out of necessity, and not a planned storyline. The match was supposed to happen on tonight’s show, but it could not. I was really surprised that they announced it for next week, but they did.”

Hopefully, whatever issue kept this match from happening won’t be an issue next week. It was not specified what the problem was that held up this match, but they are hoping that it will be okay by next week.