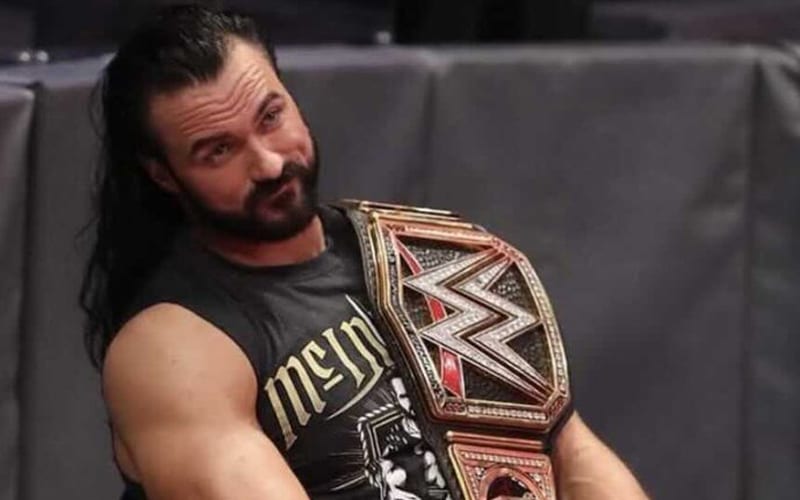 Jim Ross said that Kenny Omega is WWE Champion during AEW Dynamite this week. Drew McIntyre was not amused by this.

Drew McIntyre is WWE Champion. He was also paying attention during AEW Dynamite this week. When Jim Ross called Kenny Omega the WWE Champion, McIntyre probably took a long look at the title that never leaves his side.

The Scottish Warrior then tweeted out an image of himself with a caption that said: “The WWE World Champion, Drew McIntyre is not impressed or amused.” The timing of this tweet was just too perfect for it to not reference that botch from Good ‘ole JR.

Jim Ross chalked this up to getting involved in the heat of live television. Drew McIntyre could probably stand for this mistake to not happen again.