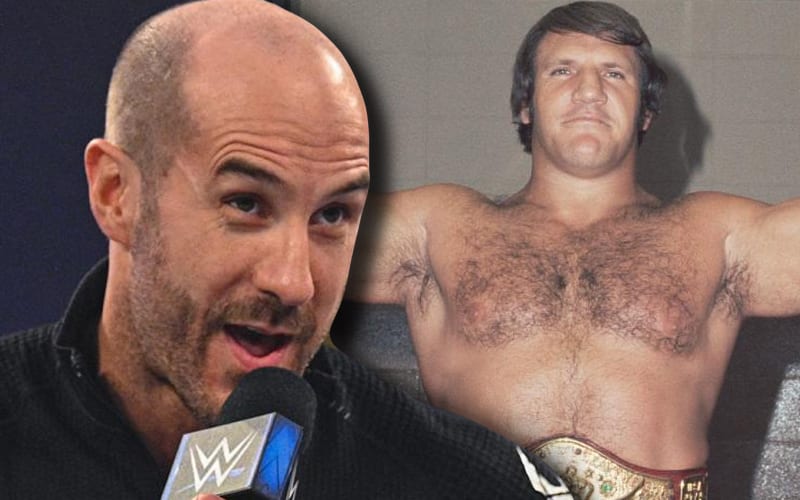 Bruno Sammartino hold the record for most accumulative days as WWE Champion with 4,040. That record will never be touched as the #2 spot is currently held by Hulk Hogan with 2,188, but Corey Graves believes Cesaro has a little Sammartino in him.

During After The Bell, Corey Graves opened up about the Swiss Superman a bit. He compared Cesaro to Bruno Sammartino and said that he believes that Cesaro has all the tools needed to be in the same category as the WWE Hall of Famer.

“It is my personal belief that with the right situation surrounding him, Cesaro could reach very, very new and high levels of success if he was looked at in the same way that fans at one point looked at Bruno Sammartino. I’m sure the internet is going to blow up and go, ‘Corey Graves compares Cesaro to Bruno Sammartino’, and I am, but not in a legendary, Hall of Fame Bruno Sammartino, the guy who is Americana, pop culture. But he was a classy immigrant, who came to the United States.”

“Bruno’s backstory is amazing, having to flee because of the Nazis… Bruno lived the life. Comes to America and becomes the biggest star in pro wrestling/sports entertainment. Bruno wasn’t a flashy guy, Bruno wasn’t known for captivating interviews. Bruno, from the footage I’ve seen, has never really blown my mind with his ability to speak. Bruno was just the ‘dude’. Bruno was the best wrestler in the world, and people promoted him as such and treated him as such, so the fans looked at him with that reverence – this is the guy. He is the guy that was the champion for years, and years, because no one can beat Bruno because he’s just that good.”

Cesaro is regarded as one of the best at his craft, something he’s worked hard to perfect through years in the pro wrestling business. He has a big opportunity at Elimination Chamber this Sunday. We’ll have to see if he has what it takes to make a big impression in that match and snag a golden opportunity.