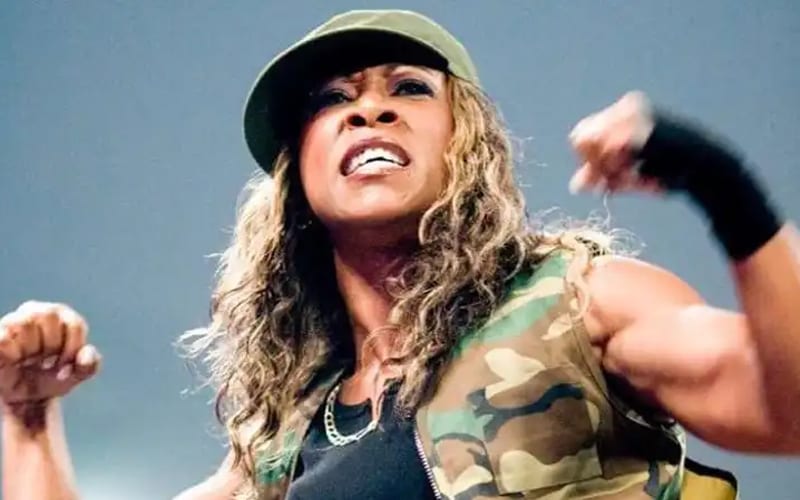 WWE has many people who they can call for a reunion special. Some names get called far more than others. It seems that they don’t have a ton of interest in bringing back Jazz despite her history during the Attitude Era.

Jazz recently spoke to In The Zone about her career in pro wrestling. For some reason WWE has never extended an invitation to her for any kind of reunion return for a Legends Night situation.

“I guess because they assumed that I was involved with that [Konstantine Kyros WWE] lawsuit… they have yet to reach out. My issue with the WWE had nothing to do with concussions or any of that. My whole ordeal with them was me never getting things that I deserved. I never had merch. They never gave me an action figure. Just little simple sh*t like that. That’s what I’m not understanding with WWE. I’m one of their top heels of all time and I never even turned face. Could have been over as a face as well. But, for me never to receive any type of merch, not an action figure, you know, why?”

“I just feel I deserved that. I still feel like I deserve it. It’s not too late. I’m not dead. Don’t try to throw that sh*t at me when I’m dead. Give it to my babies. Give me that now… reach out to me. I can explain myself. Reach out to me. Let’s talk.”

“I have nothing against WWE. They gave me that platform for me to become who I am today, so I have nothing bad to say about ‘em as far as that. I just want what I deserve. And what’s wrong with me having merch and a freaking action figure. That’s not asking for a lot.”

Jazz is on a retirement run, and she has been recently seen with Impact Wrestling. We’ll have to see if WWE invites her back for anything down the line. She has also been avoided in the WWE Hall of Fame. Perhaps one day they will fix that.