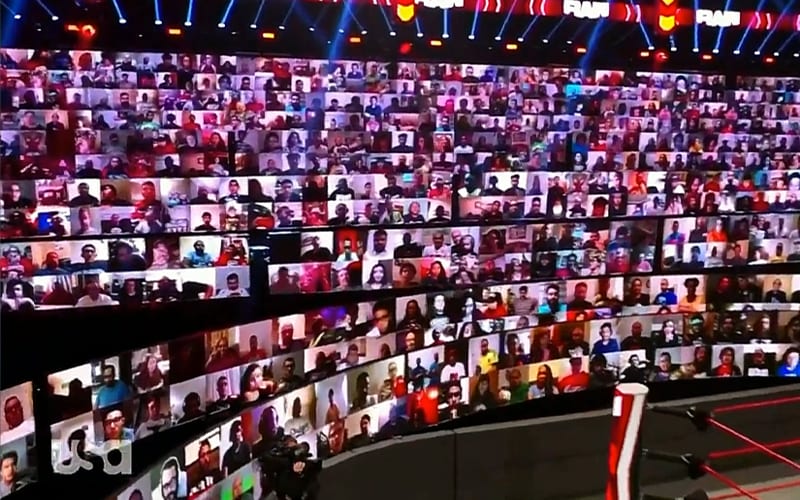 WWE brought virtual fans into the ThunderDome, but the company still has a massive amount of control over the situation. New notes on in-depth ThunderDome experiences paint a picture of exactly how much control they have.

According to the Wrestling Observer Newsletter, one fan documented their ThunderDome experience in great detail. This fan named “1iota” provided a lot of notes about WWE’s “event coordinators” and how they guide fans through each episode.

There is at least one male and one female event coordinator on each show. They help fans out when it comes to getting the right camera angle and lighting on their ThunderDome seat. There is an overall ThunderDome host, but the event coordinators help far more. They are cordial, but their job is to also instruct fans on who they should be cheering for.

They are really nice and helpful; 2) There is a host, who tells you who to boo and cheer, and interact with the matches; 3) The Event Coordinators helps fans much more than the host does, by a landslide; 4) The main way to get to the front row is to be animated (moving hands, clapping, booing, cheering, etc)

Fans who appear on the virtual fan seating inside the Capitol Wrestling Center for NXT and 205 Live are pre-recorded. It is said that no notice is given if someone is used for those spots.

Fans do get to see wrestling action during commercial breaks in some instances, but their actual voices are never heard on television. All audio of crowd reactions are piped into the ThunderDome.