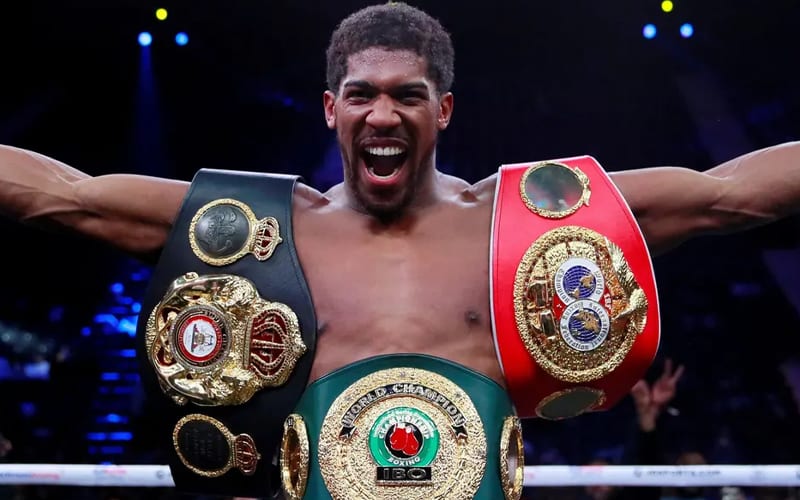 Anthony Joshua is one of the biggest draws in boxing, and he saw what kind of business Tyson Fury did with WWE. That might have piqued his interest in a big way.

Alternative Sport Show recently had a chance to sit down with the World heavyweight boxing champion. Naturally, Joshua looks up to Muhammad Ali and he would be interested in having something to do with pro wrestling just as Ali did.

When it comes to what track he would want as his entrance music, Anthony Joshua already has a few songs in mind that would set the mood he’s going for.

“What track? What comes to mind? You’ve got two options: Stormzy, Shut Up. Or we’re going Scarface, Push it to the Limit… Wiley Flow, Eskimo Dance. All of that. You know what? That would be a classic. Mate, you know what, we’ll just mix it all in!”

WWE knows how to bring in a big name for a special attraction. We’ll have to see if Anthony Joshua and Vince McMahon’s company ever works something out, but the door certainly doesn’t seem closed at all.