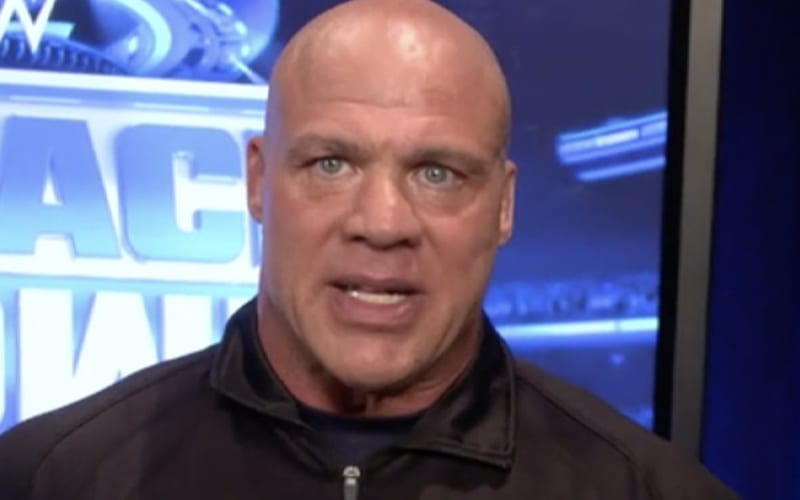 WWE Hall Of Famer Kurt Angle’s in-ring career came to an end at WrestleMania 35, where he faced off against Baron Corbin. Angle would end up losing the match, much to the disdain of fans.

While speaking on the latest episode of ‘The Kurt Angle Show’, the Olympic Gold medalist talked about his WrestleMania 35 match. Before that match, Angle competed in a series of matches. However, it seems Angle was disappointed at his in-ring performance.

“I didn’t do a lot in that match, and I, you know, my body was shutting down, I had gained weight, I just looked different. I performed differently. A small part of me was still excited to be at WrestleMania, but I couldn’t wait for it to be over because I knew it wasn’t a Kurt Angle performance that the fans expect to see.”

Angle said that he wanted to perform at a high level. Angle then revealed that he came back to WWE with the mindset of kicking ‘a**’ and winning WWE World Titles, using Goldberg as an example.

“It’s disappointing because I wanted to perform at that level. I came back to WWE with the mindset that I was going to kicka** and take names and win world titles, you know, a good example is Goldberg. He comes back and, you know, wins world titles and is in the main event at WrestleMania. I was hoping that the same would be for me but it just didn’t happen.”

Kurt Angle used to work as a producer in WWE until he was fired by the company last year as part of the COVID-19 budget cuts. He is currently enjoying life outside of pro wrestling.