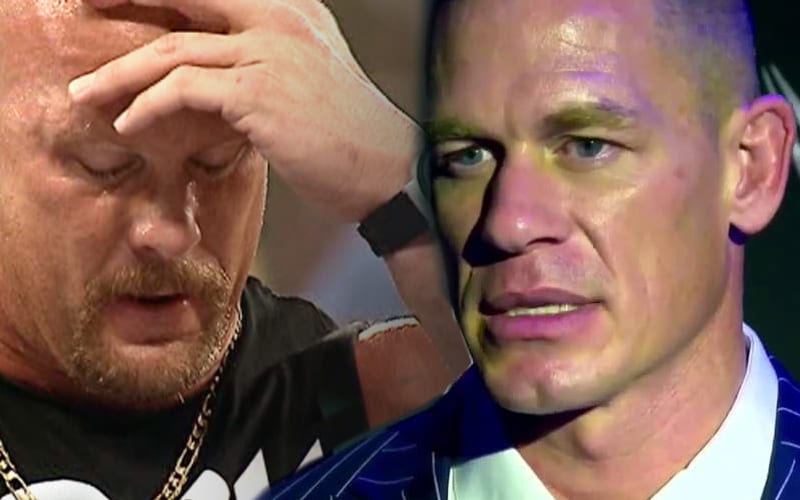 John Cena is a 16-time World Champion and was the face of WWE for well over a decade, being the mainstay of the PG era in WWE.

While being interviewed by Forbes, John Cena discussed current WWE product, where he stated that it is different than what it used to be.

Cena revealed how WWE Hall Of Famer ‘Stone Cold’ Steve Austin had trouble adjusting to the PG environment. Austin, who was the biggest star during the Attitude Era, had to dumb himself down for the PG environment and felt restricted. Cena said that Austin was befuddled and then asked Austin him how he even manages to perform in the PG era.

“I remember one of the first time Steve Austin came back during the height of the PG era and he was just befuddled. Steve Austin goes out there and runs it. If he gets stuck, he can curse, he can throw up some middle fingers, he can ask for a beer…but we took away three of the biggest clubs that he can hit with and told him to go out there and be himself. He came back shaking his head and said ‘I don’t know how you do this!’ But if he had enough time, he’s a great performer, he could get used to it.”

Cena recently doubled down on the fact that he will not be making an appearance at WrestleMania 37, despite really wanting to be there. When John Cena will return to the ring, remains to be seen.