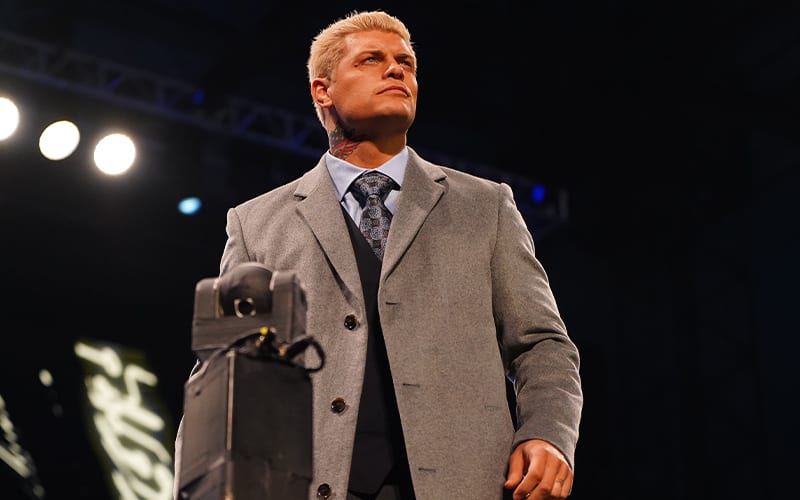 Cody Rhodes is a student of pro wrestling, and he knows the history of the business. This brought a new angle to AEW television.

We previously reported that Lee Johnson and QT Marshall are likely to feud. This was started on Dynamite as Johnson thanked everyone except for his trainer.

During Wrestling Observer Radio, Dave Meltzer said that Cody Rhodes is trying to recreate the same idea as Bruno Sammartino and Larry Zbyszko’s legendary feud of teacher vs student.

Meltzer said that he “knows for a fact” that Cody Rhodes has been studying the Sammartino vs Zbyszko feud. That studying put another angle in the pipeline for AEW.

Tony Khan announced during AEW Dynamite this week that the company had signed Lee Johnson to a contract.