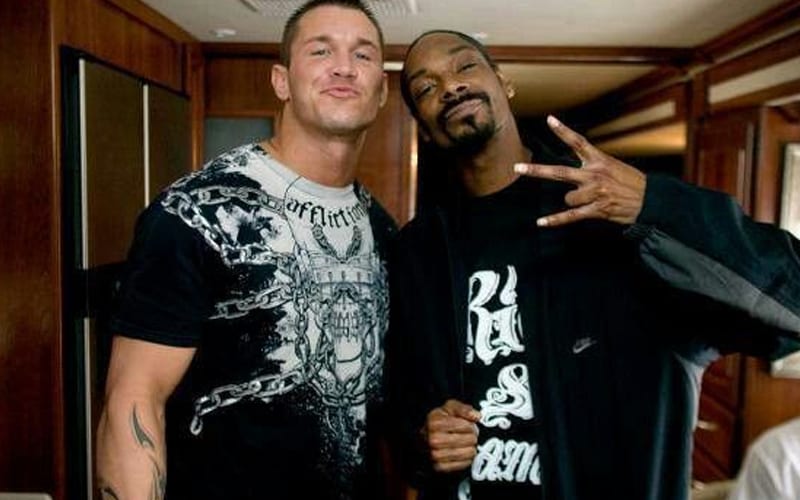 Randy Orton has been able to meet a lot of very cool people during his WWE career. Long before Sasha Banks was in WWE, The Viper was getting friendly with her cousin Snoop Dogg.

A Randy Orton fan Twitter account tweeted out a photo of RKO with Snoop Dogg. This photo was taken in 2008, and Randy remembers it well.

The 14x WWE Champion tweeted back saying: “WM 25 pre game.” He also included an emoji of a tree. We didn’t see any shovels in that photo, so odds are those trees were smoked.

Randy Orton obviously had no issue letting fans in on his pregame ritual so many years later. It was certainly a day that Randy Orton won’t forget, or at least he didn’t forget some of it.