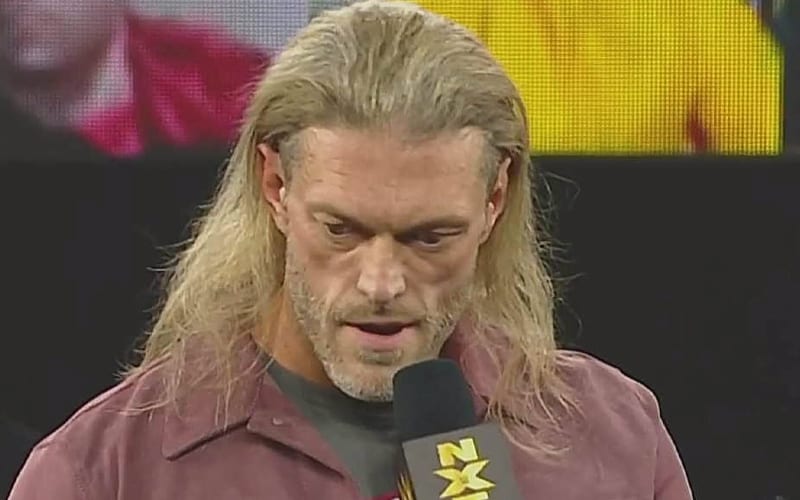 Edge’s return to WWE saw him win the 2021 Royal Rumble match. Now he will be featured on the road to WrestleMania, telling the story he wants to tell along the way. There are a few people who Edge would love to work with, but he doesn’t want to ever become a burden in his match.

While speaking on After the Bell, Edge talked about some people he would love to wrestle on the current roster. The Rated R Superstar stated that he wants to make his opponents excited by facing him and not think that it’s a chose to make him look good.

“I just want it to be that if a talent sees ‘Vs. Edge’ on the sheet, that they’re excited and not this is going to be difficult. I don’t want to get to that stage, I’ll be gone before that happens hopefully in a perfect world. I want to come back and just try and tell some great stories. If I can impart some type of wisdom or experience from doing this for 29 years, then that’s part of the goal. I want to leave this better than when I came into it.”

If that can happen by just brushing up on a guy like Damian Priest and giving him a tip of the hat, Finn Balor. The level that dudes operating on, I’d love to get in there with him. There’s just so many different people and I could tell such a different story with every one of them.”

Edge signed a three year deal for a handful of matches. They could always add more matches to that contract as time goes on. He certainly seems to be having a good time right now and he plans to continue wrestling as long as it is possible to tell a good story in the ring.