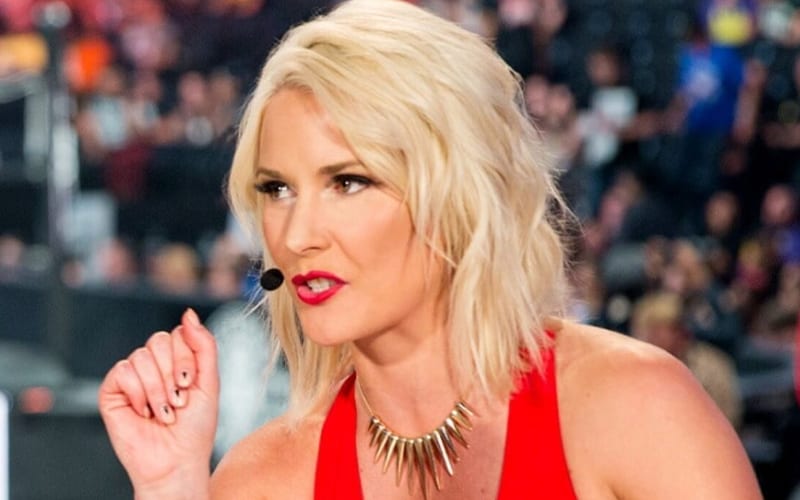 Renee Paquette used to be known as Renee Young back in WWE, where she spent eight years. During that time in the company, she eventually became part of the WWE commentary team, which was a huge thing for Paquette.

While speaking to the “Casual Conversations with The Classic” show, Paquette talked about the first time she worked as part of the WWE commentary team. Paquette revealed that on the very first night, she had a lot of attitude.

After her work was done, Paquette was surprised to receive praise from Vince McMahon himself. McMahon congratulated her on it and then also tweeted about her work, which was a rare thing for him.

“I would say my very first night stepping in to do commentary when I was like I really had a f***ing attitude. I was like whatever they want me to do, I’ll just step in no skin off my back. If it works, it works and if doesn’t, it doesn’t. I feel like everyone walked away from my first night doing a high-fiving feeling like hell yeah! That was really great.”

“I felt good about it but to have Vince seem like he was really excited about it. He congratulated me on it, he tweeted about it, like oh wow he never sends out those tweets. To get that reaction from him was super cool.”

Paquette left WWE back in 2020 and since then has focused on her personal projects, including a cookbook and her own talk show. She is also expecting her first child with husband Jon Moxley.