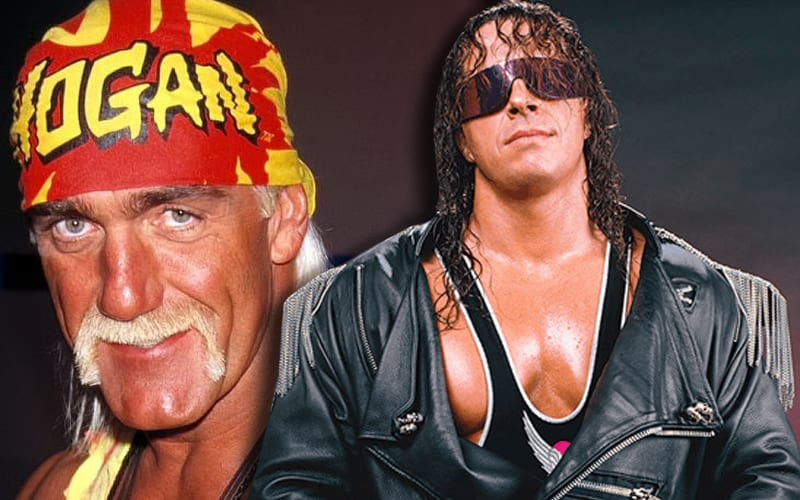 Bret Hart grew up in a pro wrestling family and he knew the simplest pro wrestling holds from a very early age. Hulk Hogan had a much different upbringing, but they still met early on in their careers.

Hart spoke about wrestling Hulk Hogan for the first time on his Confessions of a Hitman docuseries. He said when they first locked up Hogan was incredibly green. He didn’t know anything and couldn’t even run the ropes. Hart said that he taught Hogan during that time because the big man could barely walk in the ring.

“I knew Hulk from Japan. I wrestled him in Atlanta, Georgia when I first started. I actually helped him a lot when he first started with wrestling. I worked with him every night. We’d wrestle for about 30 seconds and then I’d lose in a bear hug. He didn’t know how to do anything! I think at that time he could barely walk into the ring and he didn’t know how to hit the ropes or anything.”

Bret Hart then said that Hulk Hogan expressed regrets in the future about never training at the Hart Dungeon. The offer was apparently on the table, but he never took it.

Everyone has to start from somewhere, and Hulk Hogan received a spotlight early on in his career because of his impressive look. His image was a draw by itself and promoters realized this.

Hulk Hogan’s pro wrestling ability improved and his charisma was infectious for decades. Bret Hart and Hulk Hogan met later on in their careers and it was a much different situation as well.