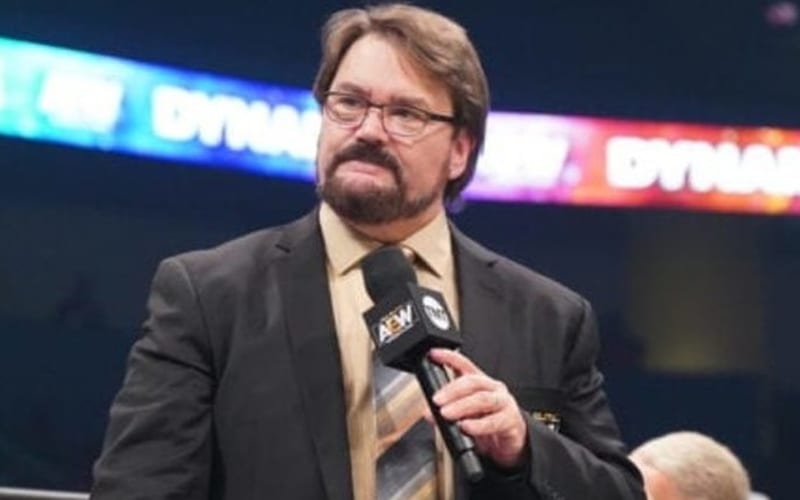 Tony Schiavone is one of the mainstays of the AEW commentary team and a veteran in the pro wrestling business, having worked in WCW for the majority of his time in the business. However, before that, he also had a short run in WWE, where he worked from 1989 to 1990.

While speaking to Michael Morales of Lucha Libre Online, Schiavone discussed his career in pro wrestling. He talked about his time in WWE, where Schiavone only had positive things to say about the company.

However, Schiavone revealed that he didn’t like living in Connecticut and thought it was not a good place to raise a family. Schiavone ended it by saying him leaving WWE was something he regretted for many years.

“I had a great year with them. Before I started working with AEW, I would consider the WWF my best year in pro wrestling. I love working there and I got along with Vince McMahon. His children were very young at that time. They weren’t in the business. It was 1989. I got to know Vince. I got to know Linda McMahon very well. They treated me very well. I had grown up in the South. I had grown up in Virginia. I had moved to North Carolina. That’s where I was working with Jim Crockett Promotions. They were purchased by Turner Broadcasting in 1989 and I decided I didn’t want to work for Turner Broadcasting.

“Vince McMahon and the WWF offered me a substantial amount of money. So I packed up my family and moved to Connecticut. After about a year there… we just didn’t like living up there. We didn’t think it was a good place to raise a family. It was the cost of living. It was very expensive. So my decision to leave the WWF was based purely on what was best for my family. Not what was best for my career professionally. It was a move that I regretted for many many years.”

Schiavone is certainly happy working in AEW and continues to be one of the vocal points of the show.