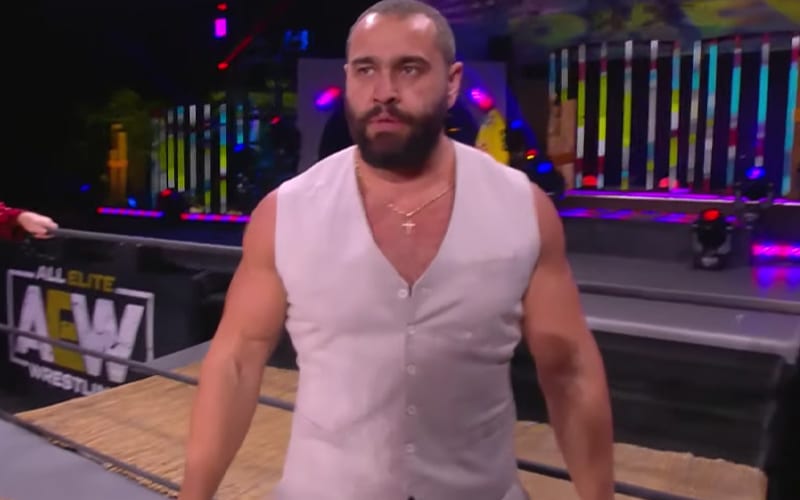 Miro was the Best Man at Kip Sabian and Penelope Ford’s wedding this week on AEW Dynamite. He made a very funny comment about being in that position before as he stopped the question about objecting to the union. He has been there before, and in the same outfit too.

Fans were quick to notice that Miro’s outfit for Kip Sabian and Penelope Ford’s wedding looked very familar. It appeared to be the exact same one that he wore in WWE during his own wedding celebration with Lana in 2016.

In WWE, Roman Reigns interrupted that segment. In AEW, Orange Cassidy showed up. That was a bit different, but Miro’s outfit seemed to be the same. The segments even ended with the bride going into the cake, but Lana took a much better fall into the dessert.

We’re not sure if it’s the exact same outfit because Miro got cake all over it during that Roman Reigns segment. He could have always sent it to the drycleaners just in case another occasion came up where he needed to attend a pro wrestling wedding.

You can check out the videos below of the different segments and a side-by-side comparison of the outfits below.