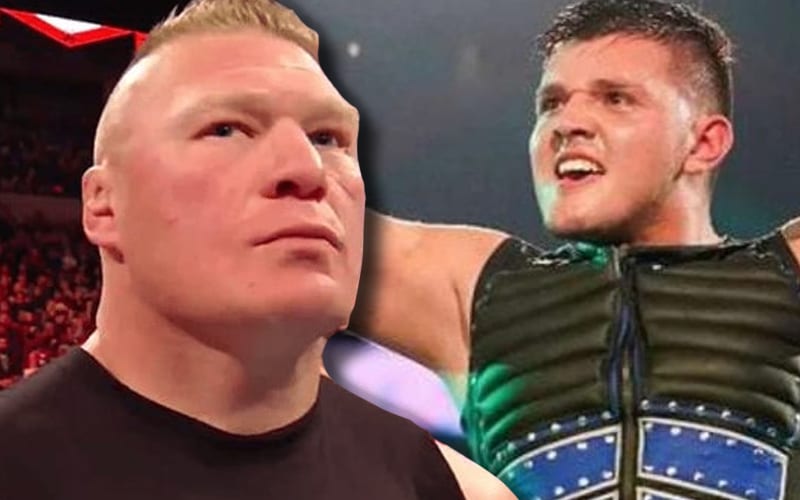 Brock Lesnar likes to work with smaller guys. He might have his eye on Rey Mysterio’s son Dominik as a future opponent.

While appearing on Start Today Podcast, Dominik Mysterio said that he wen to thank Brock Lesnar backstage during a WWE show, and they had a nice interaction. Brock Lesnar apparently admitted to being surprised by how much Dominik knew about wrestling from the start.

“After I got my ass beat, I went to say thank you to everyone. I remember Brock telling me that he was surprised because I knew more than he thought I was going to. With how I placed myself and things I would do to feed into things. I don’t think they were expecting me to know what I was doing. That was really cool right off the bat.”

It stands to reason that Dominik Mysterio knows a thing or two about the pro wrestling business. He grew up watching his father perform on television. We’ll have to see if Brock Lesnar makes a return. Right now his contract status is still up in the air. He might not object to working with Dominik Mysterio if they can make that match happen.