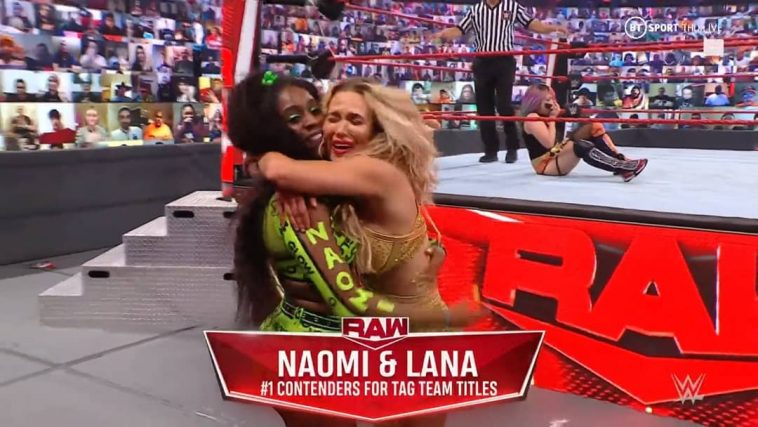 As seen on this week’s episode of Monday Night RAW, a six-woman tag team match was held in order to determine the #1 Contenders For The WWE Women’s Tag Team Titles.

The teams comprised of Lana and Naomi, Mandy Rose and Dana Brooke and Asuka and Charlotte Flair. It was a fairly even match as all three teams had a good chance of winning.

When it seemed as if Asuka and Flair had it in the bag, Ric Flair and Lacey Evans came out to distract Charlotte Flair, which ultimately caused her to leave behind Asuka to fend for herself.

Unfortunately, Asuka was unable to fight back and was ultimately pinned by Naomi. Naomi and Lana are now the #1 Contenders For The WWE Women’s Tag Team Titles.

They will be challenging Nia Jax and Shayna Baszler for the titles. Lana especially has a score to settle with the two, as they took her out of action before WWE TLC in December 2020.