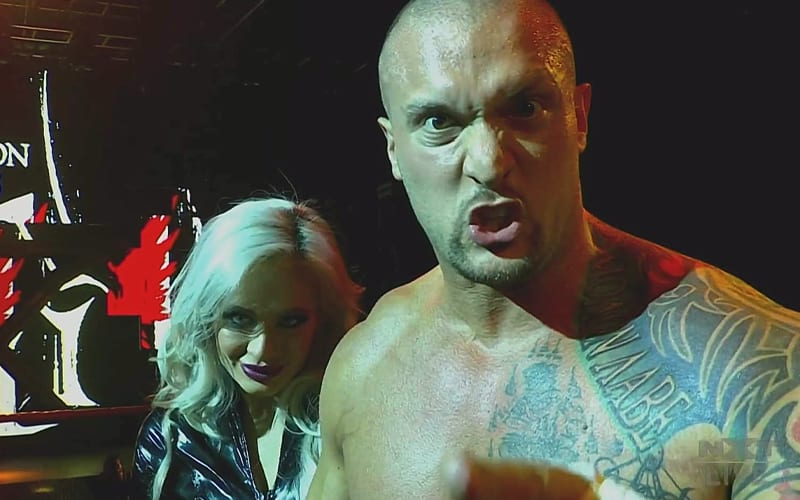 Karrion Kross is a former NXT Champion but had to relinquish it due to a separated shoulder. Kross has been on a roll after he made his return to NXT and is currently focused on reclaiming the title he never lost.

Now it seems Kross is interested in a match against a WWE veteran. Kross recently took to Twitter and uploaded a cryptic video.

This video was noticed by The Viper Randy Orton, who decided to reply to it. Orton told Kross to make his way to the main roster so that they can make a lot of money by competing in a match. Orton also asked what Kross is waiting for.

Get yo ass up here and let’s fight make some $ and crack a beer. Wtf you waiting for??? Time? Fuck time. Haha I’ll set my alarm

Karrion Kross saw this tweet and gave a prompt reply. Kross kept it short and concise, as he simply accepted Orton’s challenge, noting that it sounded good to him.

Sounds good to me.

Fans were very excited at the prospect of a match between the two WWE Superstars. We will have to see if Kross will ever face Orton in the future.