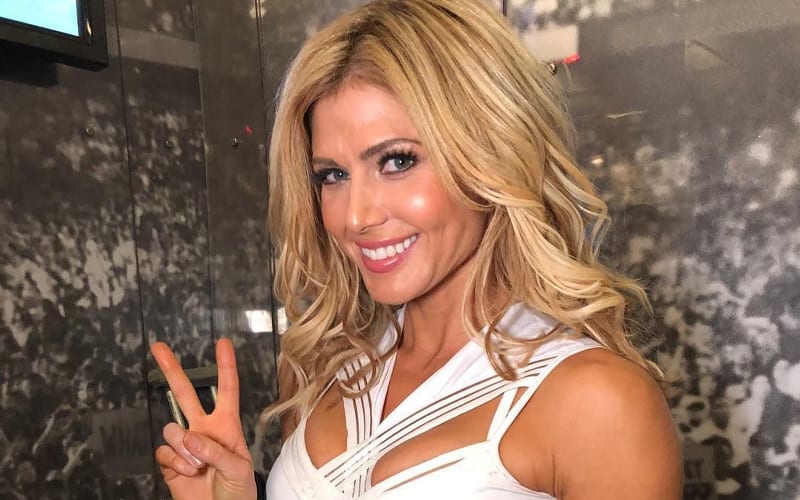 WWE brought back a few women for special appearances during the 2021 Royal Rumble. Jillian Hall, Victoria, and Torrie Wilson all returned to for cameos, and they loved having the spotlight once again.

Following the women’s Royal Rumble match, Torrie Wilson spoke about how much it meant to get an opportunity to wrestle during this year’s event. We just saw Torrie Wilson at Legends Night, but that made her Royal Rumble appearance that much more of a surprise.

“No matter how much time goes by it’s like you always pick up like it was yesterday.”

“I always get excited then I hear my music hit, but I’ll be honest, usually when I know there’s a crowd I have knots in my stomach all day long. Today I didn’t feel the knots in my stomach, like ‘where are the knots?’ Then I felt them right before we went on, so I’m like ‘we’re good.”

Performing in the ThunderDome is a much different setting from a usually WWE event that Torrie Wilson became used to during her time in the company. Those live fans will return at WrestleMania, and we’ll just have to see how often they will continue to be a part of WWE programming as the world slowly attempts a return to normalcy.