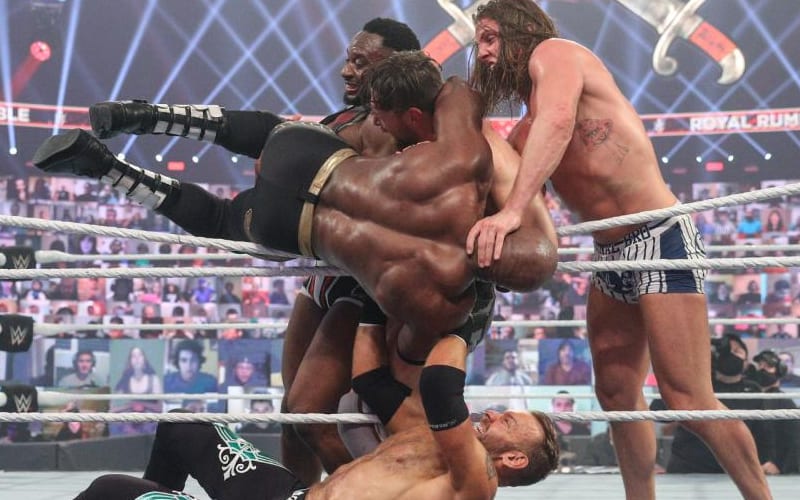 The Royal Rumble is over for 2021, and there is no way to re-do the event. The company had to make some big choices for this year’s match and they decided to go with older talent.

During Wrestling Observer Radio, Dave Meltzer noted a very interesting Royal Rumble record that the company broke this year. 2021 was the oldest Royal Rumble match ever when considering the average age of the participants.

WWE needs to make new stars, and the Royal Rumble would be a great place for those younger stars to receive a very nice platform to display their talents. This year it appeared that WWE kept things with the more veteran talent, but there’s always next year.