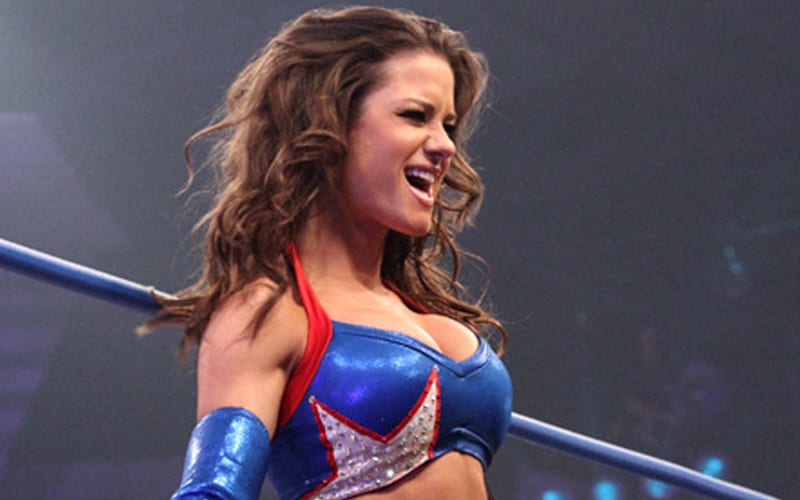 WWE’s Women’s Division is a much different place to work now. Divas of the past were lucky to get a fraction of the time that modern day women’s matches receive. Brooke Tessmacher was a part of WWE for a year from 2006 to 2007, but she had a much different experience as coming from the company’s Diva Search.

During an Impact Wrestling Knockouts round-table discussion, Tessmacher revealed how difficult it was to come from the Diva Search. She grew up as a fan, but the Diva Search tarnished her.

“When I got let go from WWE and everybody knows I went in I was just a pretty face; I was the model and I came in through the Diva Search.”

“When you come in from the WWE Diva Search, it is just like you’re tarnished. They’re [the fans] are just waiting for you to fail. It’s like you just get the short end of the stick and they think you are not serious.”

“Even when I was doing the audition, I remember literally being the only one in there that didn’t just travel around to auditions, teaching everybody who all the wrestlers were. I grew up as a fan. That’s what we did as a family. We were very poor and the only thing we did as a family was watch wrestling.”

“I remember being back at those auditions. I was teaching Layla and The Bella Twins and Maryse and everybody who everybody was, and as we all know they went on to be big, big stars.”

“I didn’t make the cut at that point but got a job later on and it was pure hell to go through. I never got to actually wrestle besides like a few battle royals and things like that, always being the first thrown out or the second, maybe getting to throw one little punch. It was just so sad, and then I got let go.”

The Diva Search also brought in people like The Bella Twin and Maryse, and they don’t seem tarnished. Tessmacher’s points are valid as coming from any kind of competition setting has historically worked against the talent in the eyes of the fans.