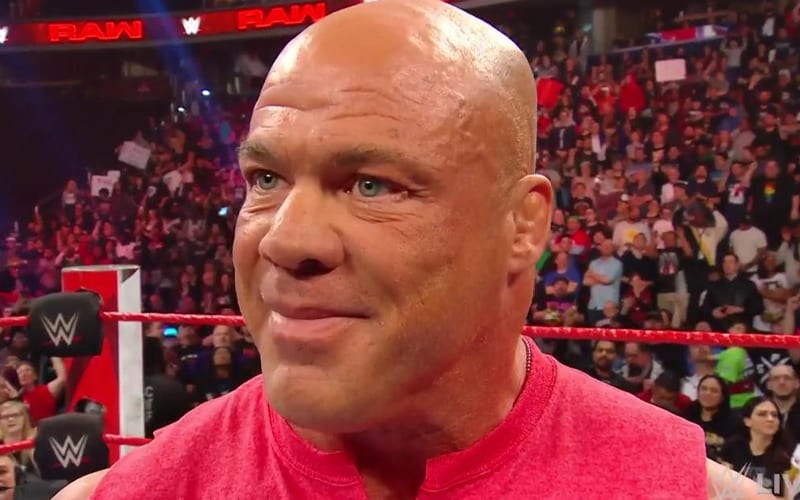 WWE Hall Of Famer Kurt Angle was one of the best in-ring performers to have ever stepped foot inside a ring. His match against Shawn Michaels at WrestleMania 21 is regarded as an instant classic.

While speaking on his new podcast called ‘The Kurt Angle Show’, Kurt Angle talked about his match against Shawn Michaels at WrestleMania 21.

Angle revealed that his match against Shawn Michaels was his biggest payday in WWE. This was despite his matches WrestleMania 19, 20 and 22 being championship matches.

Angle added that Vince McMahon might have paid him more as it was a dream match for many.

“It was not, but it was one of my highest paydays. My match with Shawn Michaels was my biggest payday. WrestleMania 21. I think because it was a featured match and there was Shawn and myself and you know, no title on the line, so we weren’t main eventing, but it was a dream match, and I think that’s the reason why Vince McMahon paid me more for that match than the other matches. You know, I main evented WrestleMania 19, sort of WrestleMania 20, because I was in a world title match, and WrestleMania 22, which I was in a world title match. They weren’t all last, very last. But I made the same money on all three of those main events. But, Shawn’s match I made a little bit more.”

Both Angle and Michaels are now retired from in-ring competition.