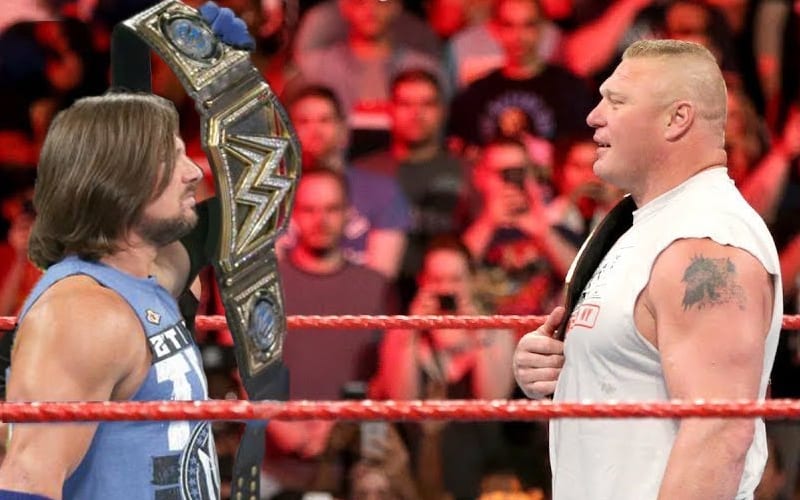 Brock Lesnar has not been seen on WWE television since WrestleMania 36 and it is not known when he will be returning either. Lesnar has been criticized by many for being a part-timer. On the other hand, Brock Lesnar’s peers have nothing but good things to say about his in-ring work.

While speaking on ‘The Kurt Angle Show’, WWE Hall Of Famer Kurt Angle talked about Brock Lesnar. Angle said that Lesnar is one of the best technical wrestlers in the history of pro wrestling and added that Lesnar does a better job when he sells for his opponents.

Brock Lesnar squared off against AJ Styles at Survivor Series 2017 in a Champion vs Champion match. Angle revealed that prior to the match, Brock Lesnar asked him whether AJ Styles was ‘any good’ in the ring.

Angle revealed that he told Lesnar AJ Styles was really good and that Lesnar should sell for Styles in order to have a five-star match.

“I remember a match between him and AJ Styles a couple of years ago. I told Brock, he said, ‘What about this AJ kid? Is he any good? I said he is really good. I said, ‘If you to sell for him, Brock, you will have a 5-star match’. Brock sold for him and it was incredible.”

The match was a huge success as it turned out to be one of the best matches of 2017.