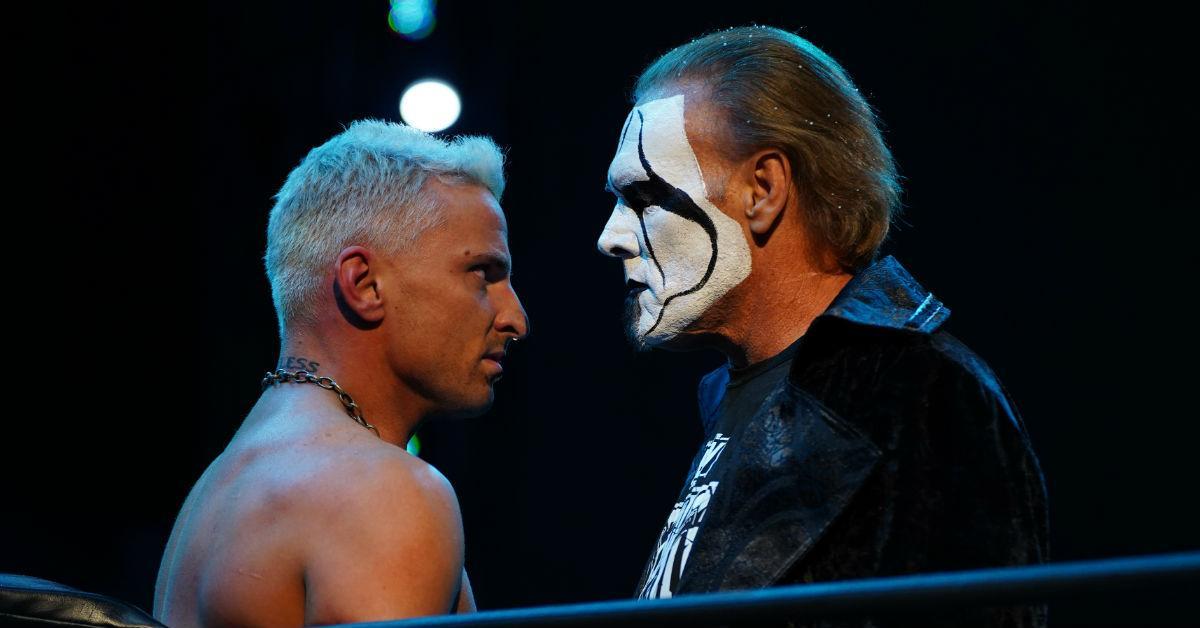 Sting is set to make his in-action debut for AEW at Revolution on March 7th. Many fans are wondering if The Icon will be ready for that match, but Darby Allin has no doubts that his partner will be good to go.

Darby Allin recently spoke with TalkSport about his upcoming match at Revolution. When the subject of Sting’s readiness came up, Allin told a story about jumping a fence with the Stinger that should remove all doubt.

We were walking around Jacksonville the other day. There was this six-foot fence. I jumped the fence and I told Sting ‘I’m going to take some photos’ because we were looking at some weird stuff in Jacksonville. I was like ‘I’m going to take some photos for you of this weird building’ and he’s on the other side of the fence that’s locked up. He’s like ‘what, you don’t think I’m going to jump this fence?’ He climbs up and he jumped the fence. So I’d say he’s good to go!

Darby Allin and Sting created quite a bond on-screen, and it appears that they are also getting familar with each other behind-the-scenes as well. We’ll have to see what’s next for this team, but AEW certainly isn’t done telling this story yet.

Sting and Darby Allin will face Brian Cage and Ricky Starks in a street fight at Revolution. That match will likely be presented using a cinematic presentation.