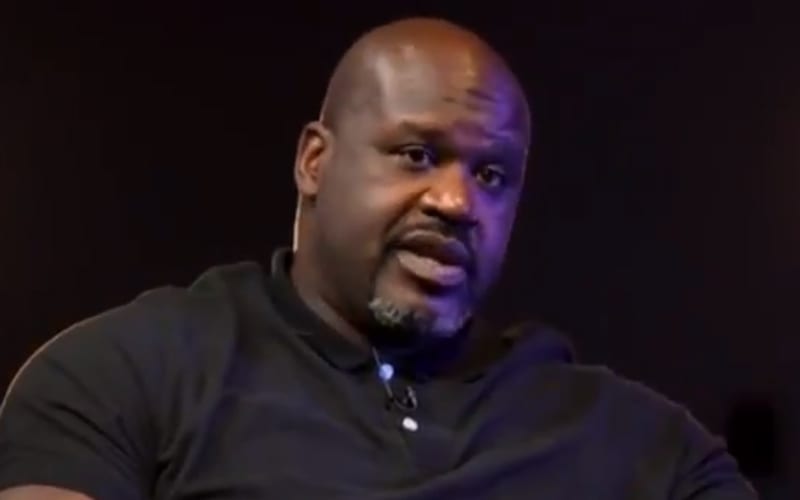 Shaquille O’Neal said that he would face Cody Rhodes in March. That just so happens to be the month of AEW’s next pay-per-view Revolution. The American Nightmare responded on AEW Dynamite.

Cody Rhodes came out and he brought up how his wife Brandi is pregnant. He got some chants for that. Then Cody let Arn Anderson handle his response to Shaq.

Anderson said that the fact is that Cody is about to be a dad, Then he told a story about Dusty Rhodes making it across the country after a match to make it for Cody’s birth.

The Enforcer said a match against Shaq would be “once in a lifetime.” Then he put Shaquille O’Neal over as a superior athlete. He brought out Red Velvet next and soon the challenge was made, a mixed-tag team match for AEW Revolution.

Cody Rhodes and Red Velvet laid down a challenge to take on Shaq and Jade Cargill at AEW Revolution on March 7th. We’ll have to see how Shaq and Cargill respond.