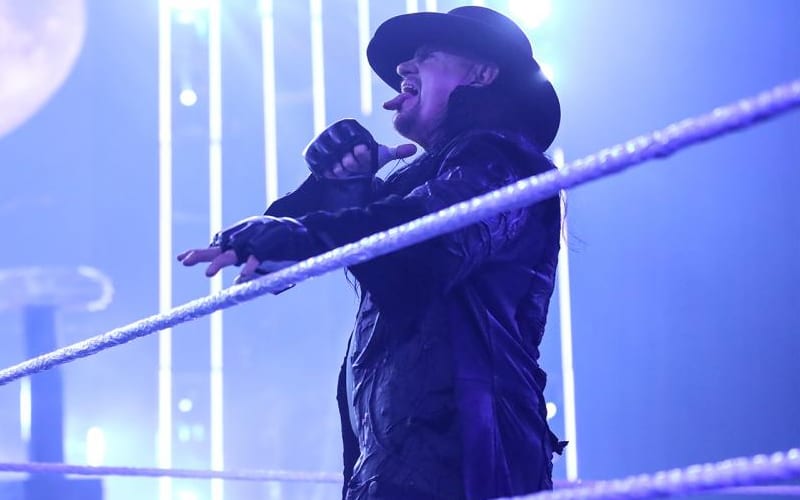 WWE signed The Undertaker to a 15-year contract last year. That will see him in WWE for a very long time to come, but he also gave his Final Farewell at Survivor Series. His time in the ring is over, and his contract reflects that.

While speaking to the Joe Rogan Experience about WWE’s strict Wellness Policy testing procedure, The Undertaker revealed that he is no longer under contract with WWE as a performer. He is now under a Legends contract, but odds are he’s receiving far more than many Legends under the same type of agreement.

“They’d get to the end of the year and I’d get a call, ‘Go to the lab and do a piss test.’ I hadn’t been in the ring in six or seven months, but they’d look at the book and say ‘oh, we forgot about him.’ So you get the piss test done, but that was only three. Sure enough, next day, another phone call, ‘go back to the lab.’ They’re totally random, they just show up. I was home, that’s why I didn’t get tested until the end. I know what the protocol is and if anyone could get out of it, it would be me, and I couldn’t get out of it.”

The Undertaker also said that one year when he was at home, they waited until the end of the year to test him. He said that the Wellness Policy people showed up on multiple days in a row to get all of the required random tests out of the way at once.

The Deadman might not be an active Superstar anymore, but he is likely not going to leave the WWE Universe for a very long time.