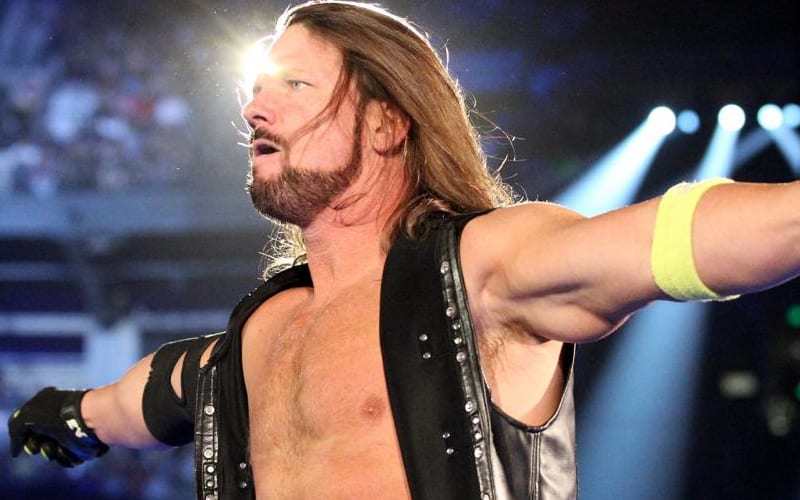 AJ Styles made a named for himself prior to his 2016 WWE debut. A lot happened in his career to help solidify that name, but WWE also has a tendency of changing up someone’s name to make it theirs. That didn’t happen for AJ Styles, and he might have that big tattoo on his side to thank for it.

While speaking to Bleacher Report, AJ Styles revealed a conversation with Triple H that he had prior to entering WWE. Triple H told Styles that he might have to change up his name. That was no big deal for AJ Styles, but he also had to inform The Game that he has a big tattoo on his side that might not make sense depending on what his new name would be.

“I remember Triple H and I talking, and he said, ‘I don’t know if we’re going to be able to keep your name. I said, ‘That’s fine. I have no problem. Just so you know, I have this huge tattoo on my side that says AJ. It’s not my name—it’s my kids’ initials and birthdays, but just throwing that out there.’ Luckily, I was able to keep the whole name AJ Styles, and it worked out for the best.”

AJ Styles’ tattoo is synonymous with him now and it’s hard to imagine the Phenomenal One going by any other name. One fan actually got the exact same tattoo on his own side, complete with the birthdays of Styles’ children. It also causes a lot of people to wonder if AJ Styles would have seen the same success in WWE if they switched up his branding.

Thankfully, WWE decided to let AJ Styles continue with his own name and the rest is history.