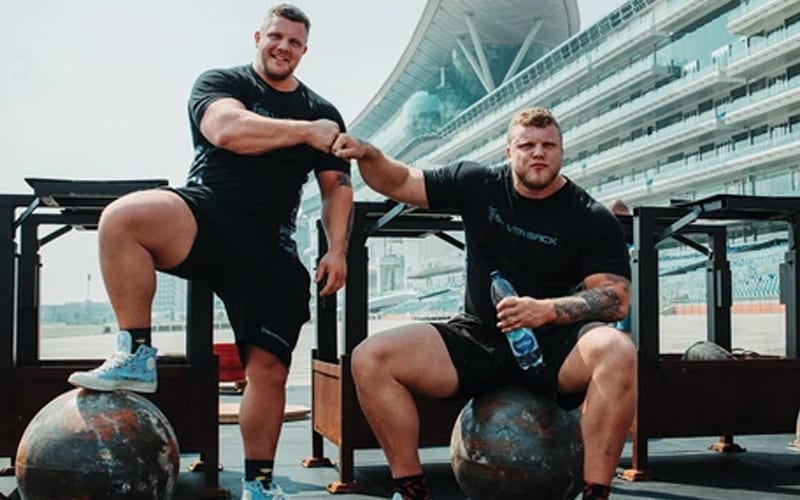 WWE always has their eye on more talent that they can bring into the company. They have reportedly turned their sight toward two more individuals from the strongman world.

During an interview with Football Daft Podcast, Tom Stoltman, runner-up in the 2020 World’s Strongest Man competition, revealed that WWE has been in contact with him. The company has also been in talks with his brother Luke Stoltman about coming in.

“Me and my brother got asked to the tryouts when they [WWE] came to Germany for the European ones, but… I don’t know why we didn’t take them. think we were doing some massive competition or something. We’ve messaged them a few times back and forward.”

We will have to see if WWE can work things out with the Stoltman Brothers. The company has seen success in pulling from the strongman world in the past. Mark Henry and Braun Strowman came from that competition circuit.

The Stoltman Brothers haven’t been able to work out a tryout yet, but they are apparently still in contact with WWE, so the idea isn’t off the table.

Thanks to Inside the Ropes for the quote