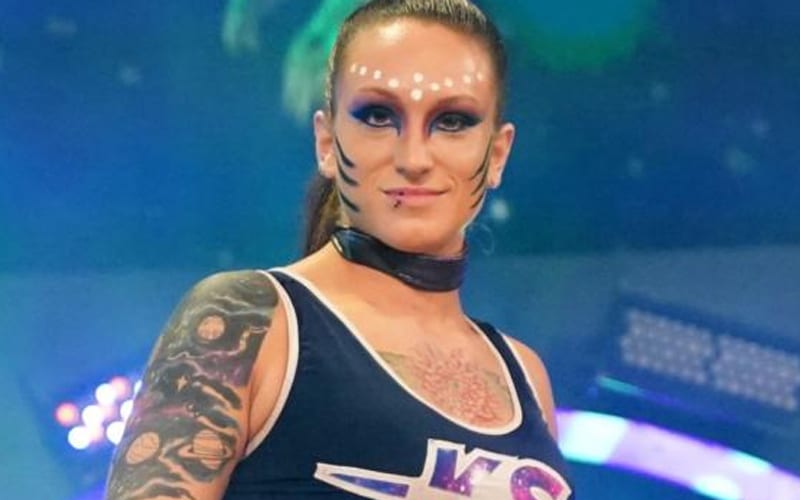 AEW’s Women’s Division took a big hit when Joshi wrestlers could no longer travel in from Japan. They also saw a couple injuries in the process. Kris Statlander was sidelined due to a knee injury. She’s still on the mend, but making progress.

While speaking the Pro Wrestling Junkies’ Facebook page, Kris Statlander addressed some of the criticisms that fans have of AEW’s Women’s Division. She took the time to remind fans that “every single girl that got signed has never worked on TV before,” so they have some learning to do in front of the world.

“It’s valid to accept criticism, but people have to remember that almost every single girl that got signed has never worked on TV before. A lot of men on the roster have worked on TV, and if they haven’t they’re working with people who have been on TV.”

“We’re just learning as we go. We’re trying our hardest and doing training before TV every single taping. People that think we’re sitting on our butts and hoping things will be handed to us; we’re trying as hard as we can. There’s only so much we can do and only so much time we can get in a two hour show. There’s Dark, obviously, but it’s not live TV. People need to give it time. A lot of these girls, including myself, are working on TV for the first time and we’re not doing matches each week. I believe that we can do better, but Rome wasn’t built in a day. It’s going to take time and everyone has to accept that.”

AEW is working to establish each star in their Women’s Division, but it will take some time. Hopefully, Kris Statlander can return soon and assist AEW to build the entire Women’s Division so they can become an even stronger aspect of All Elite Wrestling.