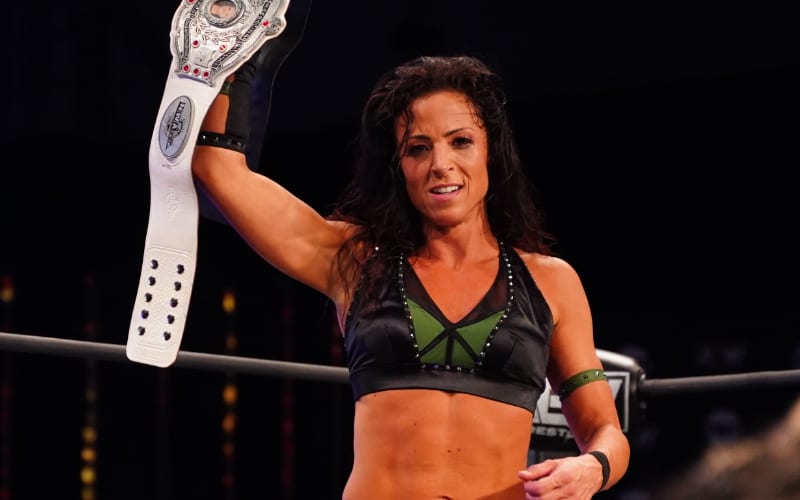 Serena Deeb is enjoying a run as NWA Women’s World Champion right now, but that wouldn’t have been possible if WWE still had her as a Performance Center coach. Looking back, Deeb sees her WWE release as a really good thing.

While speaking to AEW Unrestricted, Serena Deeb addressed her WWE release. She said it was probably the best thing that’s ever happened to her. It opened the door for a much bigger opportunity in AEW.

“It was probably the best thing that ever happened to me, losing my job, because [AEW] probably would not be happening right now. I don’t even look back on that with any type of negative feelings or anything; it is purely positive for me.”

Serena Deeb’s second career in the ring has been a blessing for her, but it wouldn’t have been possible without WWE letting her go. She’s open to becoming a coach for AEW down the line, because Deeb is always happy to help. Her place in the ring is strong now as NWA Women’s World Champion, and she’s very happy for that.