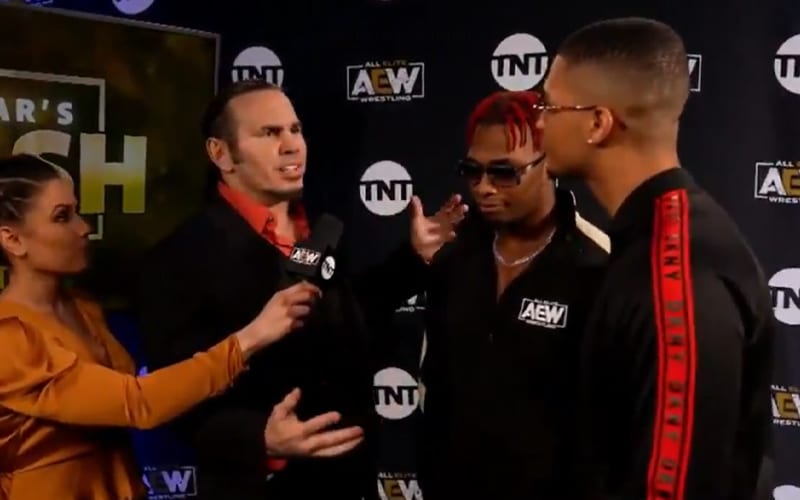 Matt Hardy changed Private Party’s deal, and they’re not happy about it. According to Hardy, they didn’t read the fine print, so that’s on them.

Private Party signed a deal with Matt Hardy to bring him on as their agent. Then they discovered that he gets 30% of their pay and a cut of their third party platform business. Twitch and Cameo was something he said they would get, but the contract said otherwise.

Isiah Kassidy already has signers’ remorse. He tweeted out a plea to bring back the Matt Hardy that people actually like.

Bring back the old @MATTHARDYBRAND, the one everyone ( especially us ) once loved.

Matt Hardy replied to Kassidy with: “I love you two like my children. Sometimes I have to scold you. Right now, you & @Marq_Quen have heat & are in the doghouse.”

We’ll have to see where Matt Hardy and Private Party’s storyline goes from here. Hardy Party was a fun idea when it started, but it evolved into an opportunity for Matt Hardy to take advantage of the young team.

Obviously, Private Party is already wise to his scheme, but there might not be much they can do about it with a written contract in play.