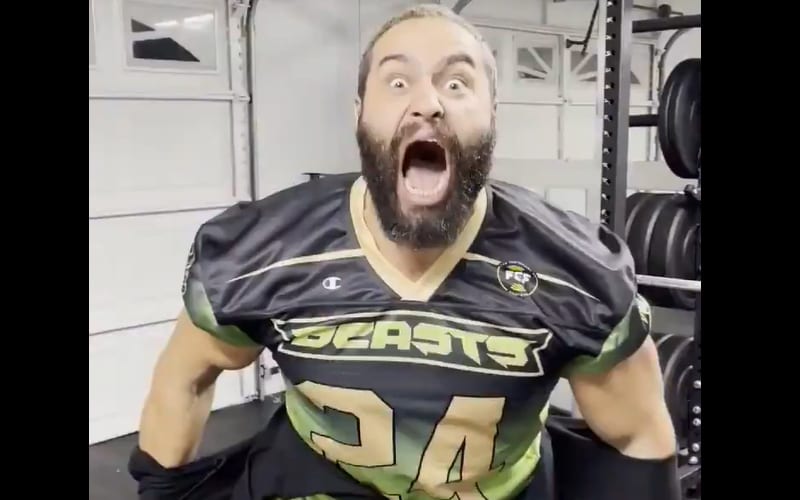 Miro has a lot going on with his AEW commitments and Twitch channel. He is also stepping into the pro football world, and he had a big unveiling to make today.

We previously reported that Miro is set to play Fan Controlled Football. He was very happy to reveal his team’s jersey. The team name is appropriately “The Beasts.”

YOUR FIRST LOOK AT MY OFFICIAL FOOTBALL JERSEY. WELCOME TO THE BEASTS.

Miro played a little trick as the jersey wasn’t in the box he opened. Instead, The Best Man was already wearing the jersey. He seems pumped about this opportunity. Let’s see what Miro has in store for the gridiron.