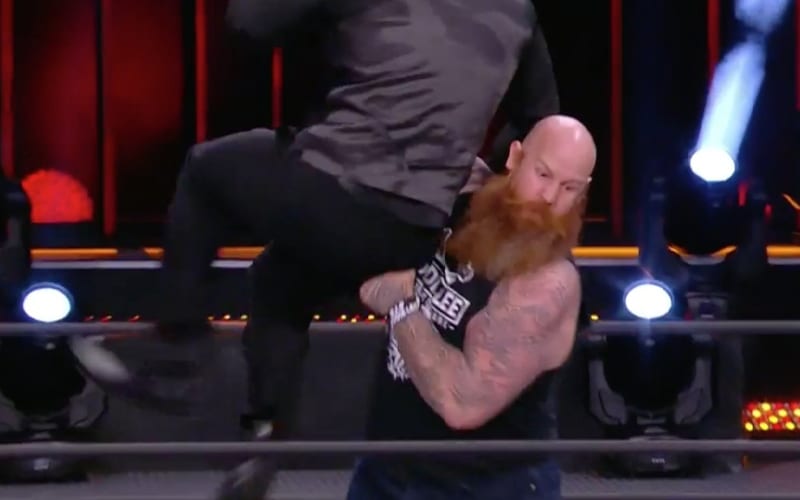 Erick Rowan showed up during Brodie Lee’s tribute episode, but he hasn’t been seen in AEW since. There was no contract for him to continue working with the company.

During the AEW Dynamite post show, Tony Schiavone was asked about Erick Rowan’s AEW status. It was explained that Rowan showed up to pay tribute to Brodie Lee, but there is no deal between then at this time.

“I believe Erick’s appearance only came on that tribute show to his former tag team partner,” Schiavone explained. “Then again, I say that but who knows? He might show up tomorrow.”

You never know what can happen in pro wrestling, and AEW has surprised fans before. Erick Rowan could find a home in All Elite Wrestling eventually, but right now there doesn’t seem to be anything in the works.