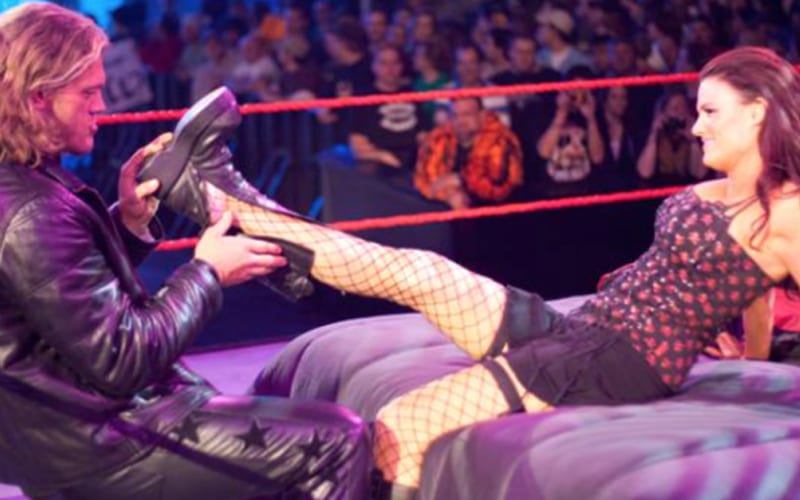 During a recent Twitch stream, Lita revealed that WWE threatened to fire her if she didn’t do the Live Sex Celebration with Edge. This was something she resisted, but it also became one of the highest rated segments in RAW history.

She said that Edge and John Cena tried to convince Vince McMahon not to go through with the segment. Lita also tried to talk McMahon out of it, along with other Superstars, but The Chairman didn’t budge.

Lita was buried on her way out of WWE. She was embarrassed in one segment after another. Eventually, her last night included Cryme Tyme coming to the ring where they sold her belongs that include sex toys and lingerie. You can find that video below.