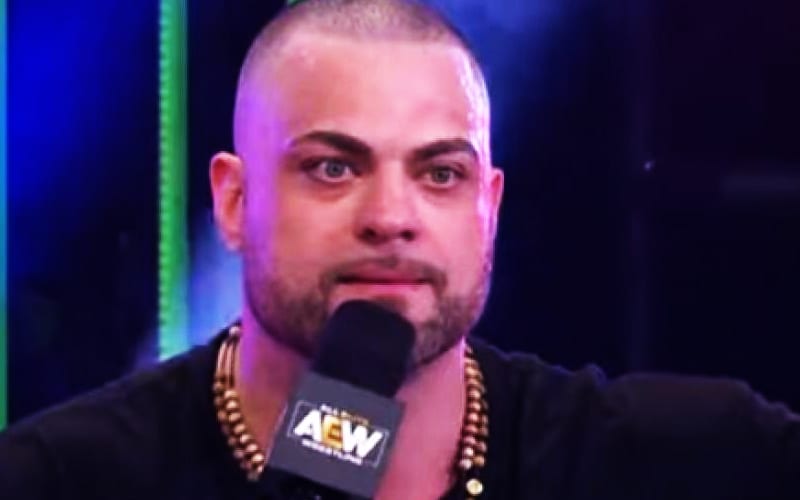 Eddie Kingston made his AEW debut in July of last year, where he competed against Cody Rhodes for the TNT Title. Kingston ultimately signed with AEW, but it seems he also had an offer from WWE before that.

While speaking to Renee Paquette on her Oral Sessions podcast, Eddie Kingston explained why he chose to sign with AEW over WWE. Kingston revealed that his mother was the one who ultimately helped him make the decision.

“Well, actually, I talked to Christopher Daniels. They offered me the deal and then I listened to the other side, I guess we call them. I was just weighing options. Then my mother goes, ‘You won’t be happy over there. Trust me’.”

Paquette asked Kingston why his mother thought he wouldn’t be happy in WWE. Kingston simply said that no one knows him better than his mother.

“Who knows me better than my mother? Bottom line with the whole thing is, I know more people at AEW. I know there’s a lot more heart there. I think for her, that’s what she thought she was like, I’m gonna be with people who love it just as much as I do.”

Kingston is currently engaged in a feud with Death Triangle and remains a highlight of AEW Dynamite.