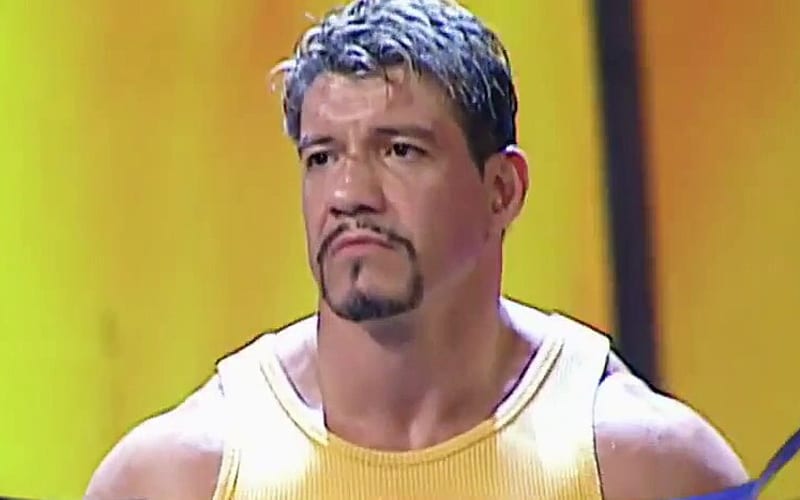 Eddie Guerrero passed away suddenly at the age of 38-years-old. The pro wrestling world will never forget the lasting impression he left, but there were plans for even more.

Chris Masters recently spoke to Inside SKoop where he discussed Eddie Guerrero’s passing. At the time of his untimely death, Latino Heat was set to head up Team SmackDown at the 2005 Survivor Series. That sadly didn’t happen, but it also makes you have to wonder what that match would have been like.

“I hadn’t thought about this at all until I heard about it about a month ago that Eddie Guerrero was actually supposed to be booked on the SmackDown team instead of Randy when we did the RAW versus SmackDown elimination match. So I had another moment when I was kind of envisioning, ‘Wow, what would that match have been if Eddie was in it?’ Randy did a great job, obviously, but it’s just interesting thinking about the fact, the potential of Eddie Guerrero and Shawn Michaels working together in that match.”

Eddie Guerrero had many matches that he never got a chance to wrestle. He passed away while his career was in an upswing as well. Guerrero returned to WWE and proved himself as a main event name, and one who could hold a World Title.

WWE had to change their Survivor Series plans when Eddie Guerrero passed because they were weeks away from the event. He left a lot of possibilities on the table, but also plenty of memories that will live forever.