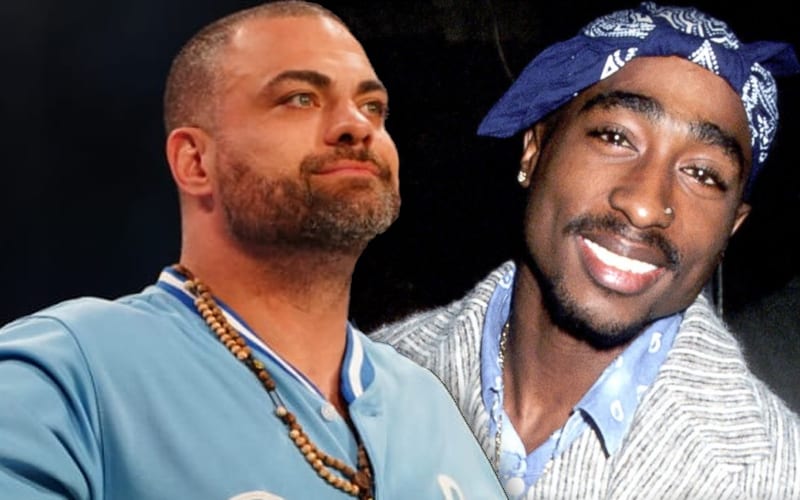 Eddie Kingston has a way with words, and he shows that every week on AEW Dynamite. He also received a WWE tryout years ago, but that wasn’t meant to be. He did have plenty of fun with it.

While speaking to Renee Paquette on Oral Sessions, Eddie Kingston talked about his WWE tryout. It was full of females because they were looking to fill up the Mae Young Classic at the time. He realized that they probably weren’t looking for him, so Kingston made the most of the experience.

“To me, that specific tryout was really more for the Mae Young Classic; because it was the biggest class they had for females. So I was like, ‘Alright, I get it… this is for the females. I’m just gonna go in and have fun.’ That’s the way I looked at it.”

Eddie Kingston also talked about one little video promo he cut that left everyone shocked. He casually mentioned knives and guns, and that was taboo for the environment. When he mentioned Tupac Shakur’s name, it about blew the writer’s minds. That was about the time when Eddie Kingston knew that he just needed to have his match and leave.

“I will give you the example I like the most. They had someone filming, and Drake Younger [Wuertz] grabbed me out of nowhere. He was like ‘King tell them how hard this drill is!’ there was some dumb drill they were doing.”

“I was like, ‘Yea it was hard. I’ve had people shoot at me and try to stab me with you know knives, and God I hate this drill more than that.’ He put the camera down and everyone’s looking at me like I’m nuts; because I said guns and knives.”

“I remember I was doing the promo class. And I said, ‘Well, I come from, we believe in Tupac more than Santa Claus’. I saw two writers just have this confused look on their face when I said it. I went ‘Oh yeah, I’m done. Let me just go have my match and I will leave.'”

Interestingly enough, WWE gave Eddie Kingston a call after he appeared on AEW Dynamite. He obviously didn’t take WWE up on that offer, and now he is a featured player on AEW. WarnerMedia might not be thrilled about Eddie Kingston crowing about guns and knives on TNT, but they would have zero issues with Tupac.