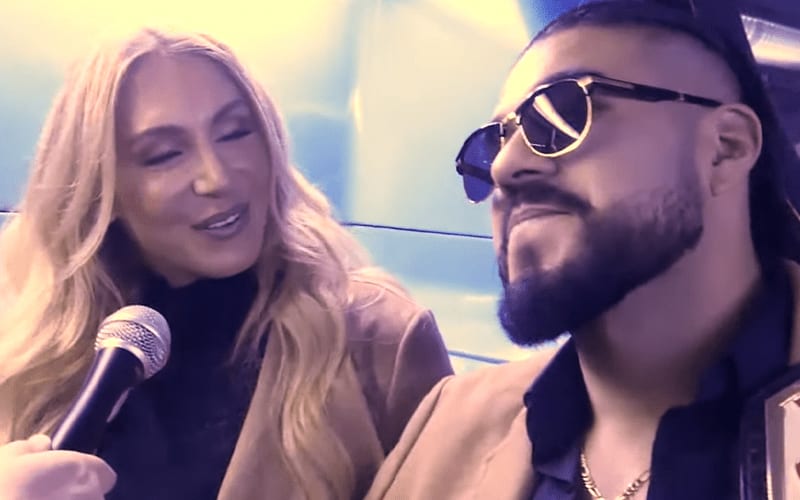 As seen on this week’s episode of Monday Night RAW, Charlotte Flair squared off against Lacey Evans in singles competition. This match was a result of Evans flirting with Ric Flair last week on RAW, where Ric Flair accidentally cost Charlotte Flair the match.

During this week’s match, Ric Flair once again made an appearance. However, this time, Ric Flair intentionally cost his daughter the match. He betrayed Charlotte Flair and seems to be engaged in a romantic storyline with Lacey Evans.

Now it seems Charlotte Flair’s real-life fiancé has given his own reaction to the segment on RAW. He teased making a return in order to help Charlotte Flair.

Andrade has not been seen on WWE television for almost three months. We will have to see when he will make a comeback to the company.