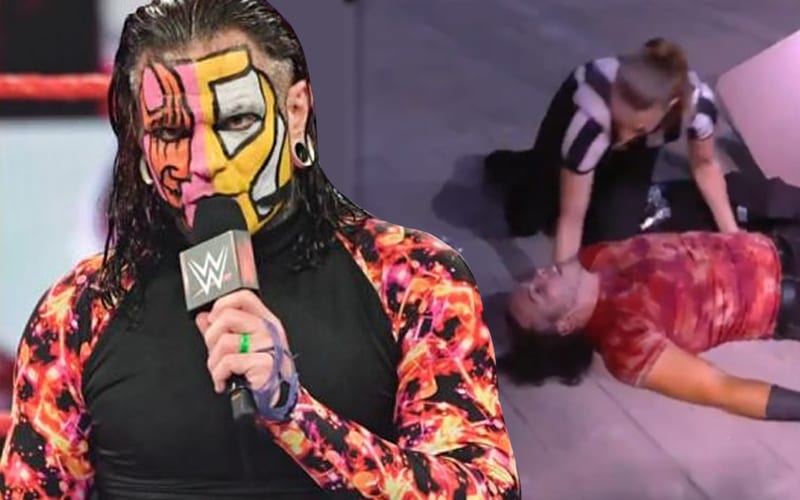 Jeff Hardy and his brother Matt Hardy might be separated by brand lines, but they pay attention to each other. Matt recently commented on Jeff’s new Hardy Bros team. Jeff Hardy was also paying attention to Matt’s scary fall at AEW All Out.

Matt Hardy’s head hit the pavement hard during that match against Sammy Guevara. Jeff Hardy was watching, and he recently told Metro all about the scary experience.

“Terrifying! When he tried to get up and then he fell down – when you hit your head hard, that’s scary stuff. That was scary, man, with Matt – flesh on concrete, it was scary when he couldn’t walk. Gosh, man – thank God he’s OK, but that’s part of the game.”

Matt Hardy said that he and Jeff Hardy will win more titles together as a team. The fact that they are working for different companies makes that very difficult. You can never say never in pro wrestling because Jeff Hardy’s recent WWE contract wasn’t for as long as most thought.