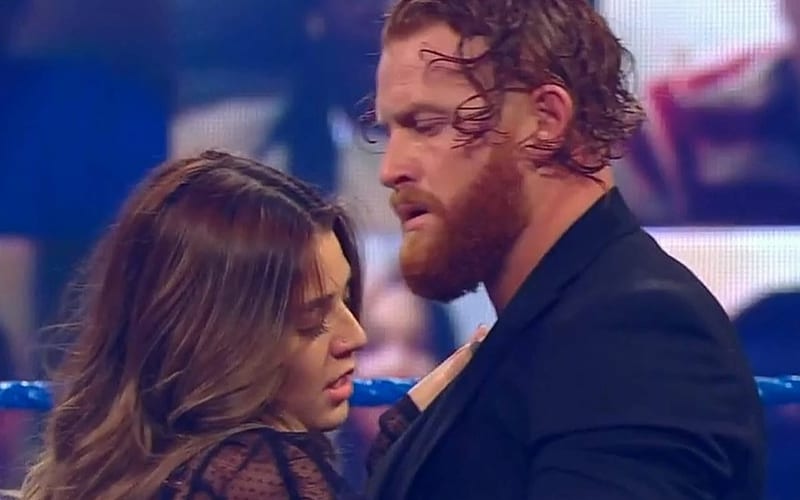 WWE needs to present a variety of options for fans. They can’t fill up every minute of television time with the same kind of content. This includes romance angles, and the company might be looking for more of that.

During Grilling JR, Jim Ross discussed a rumor he heard about WWE’s television product. He heard that WWE is looking to bring in more romance angles.

Jim Ross cautioned as he said that whatever they do, it can’t be a short term fix because the company needs a lasting change. Adding a sexual element is something that sounds like Vince McMahon.

“Sooner than later they’ve got to figure out some things, get somebody hot and get people talking. What does that really mean? Is that a good thing? Not always. If they’re talking good its good, if they’re talking ‘I’m never watching this sh*t again,’ that ain’t good. Vince always liked that sexual element, especially when we were T.V. 14 in the Attitude Era. He had the poetic and artistic license to do whatever the hell he wanted.”

“That might be a return to their repertoire there. It’s so simple as getting somebody hot with consistent booking and getting those people on a roll. You got to earmark and designate who’s getting on a role and not be talked out of it tomorrow. That doesn’t work for me or anybody. It’s a short term fix. That won’t work any longer. Get somebody in a role that I can attach to and hitch my wagon too and let’s see where it takes us. I can’t do that every other week thing, 50-50 booking.”

WWE has an issue getting new stars over and keeping them popular without letting that momentum slip. There are a lot of things going on behind the scenes that fans might never know about. The company certainly needs to figure something out. Romance angles might pop a rating as fans become interested in what comes next, but there must be a follow-up to maintain it.