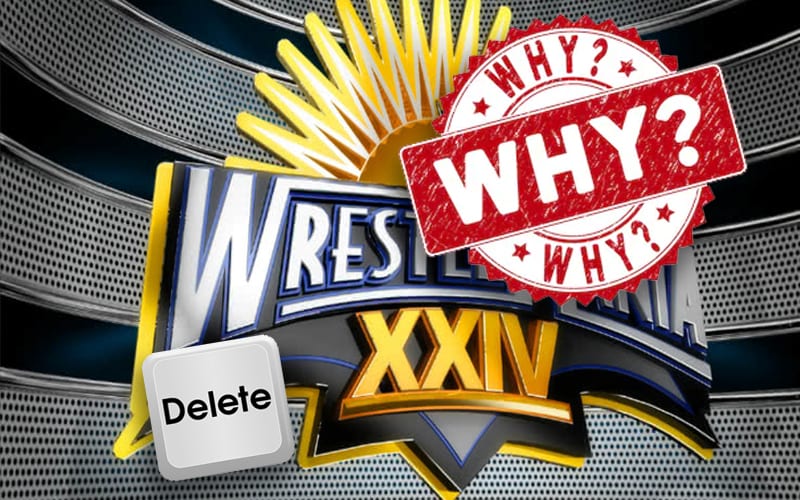 WWE pulled WrestleMania 24 off their award-winning WWE Network, and fans want to know why. It all boils down to ownership rights.

We previously reported that Floyd “Money” Mayweather’s WrestleMania 24 entrance was the subject of a lawsuit. In 2013, Anthony Lawrence Dash sued Mayweather over the use of his beats that were featured in Money’s Mania entrance.

Money Mayweather fought The Big Show at WrestleMania, and that entrance music was the reason the entire event was pulled from the WWE Network thirteen years after the fact. PW Insider has confirmed that WrestleMania 24 was pulled due to a musical rights issue.

This kind of thing is actually not uncommon for WWE as rights to music expire. WWE has already commented on his matter, and they said that the event will be posted once again. Odds are Floyd Mayweather’s entrance will get a lot of edits.