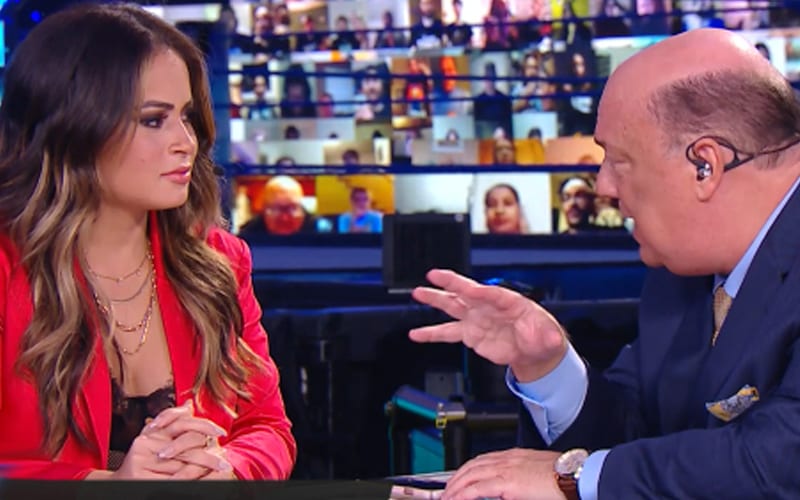 Renee Young used to host Talking Smack every week with Daniel Bryan as her co-host. WWE brought that show concept back, but with different hosts. Paul Heyman isn’t afraid to threaten Kayla Braxton about calling her replacement.

Heyman and Braxton host the new Talking Smack show, and their chemistry sees them argue from time to time, Braxton started off this week’s show by saying that she’s not about fighting this week.

Then Paul Heyman cut Braxton off by threatening to call Renee Paquette to come in and replace her.

“I’m gonna get Renee Young on the phone and see,” Heyman said. “Really, Kayla, here’s some free counsel for you: TAKE THE TONE OUT OF YOUR DAMN VOICE WITH ME.”

This was all in good fun, and their banter is undeniable. Renee Paquette isn’t coming back to WWE, no matter if she gets a call from Paul Heyman. It was still a pretty good comeback for the Special Counsel of the Tribal Chief.