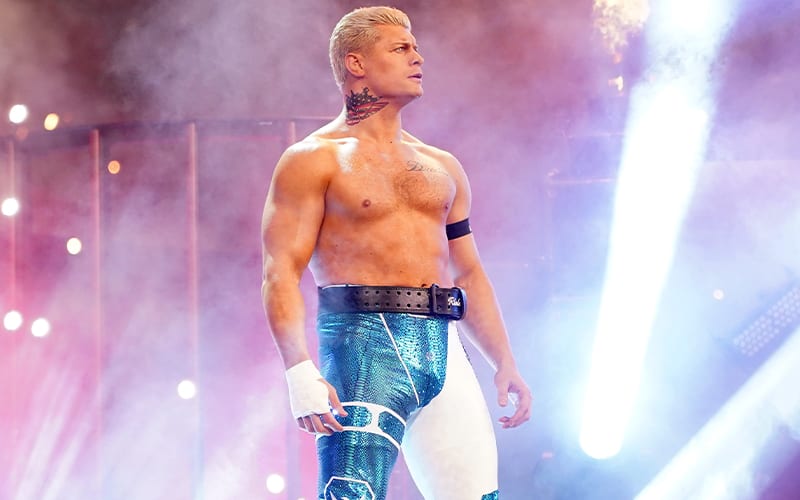 AEW Dynamite made its debut in October of 2019 and since then the show has consistently been a large talking point for the entire pro wrestling world.

While it has seen a lot of success, fans have criticized the product for some fundamental flaws and it seems even Cody Rhodes feels the same.

AEW EVP Cody Rhodes recently spoke on the Talk Is Jericho podcast, where he talked about AEW’s first year as a promotion.

Rhodes mentioned what grade he would give to AEW Dynamite for its first year. Cody said that he would rate it an “A” and wants to improve the product in order to make it an A+.

“Somebody asked me, grade it, and of course, as part of the company, you not gonna give it a bad grade, but I said A, and there’s room for an A+ because we know where we need to grow. AEW’s first year, if it was its last year, thank gosh it wasn’t, it’s still been the greatest year of my life. Learned a lot of lessons and learned some hard lessons about the burdens of management. If you weren’t popular before, you’re definitely not going to be popular as you enter that space.”

Rhodes then revealed what he thinks AEW can improve on. According to Rhodes, AEW wrestlers might have too much freedom, which can lead to storylines being similar to each other. He also said that wrestlers are also not worried about the traditional rules.

“To me, one of our biggest pros is also our biggest con, no pun intended. We have such freedom. So such freedom, sometimes, means that things are too similar on the same show. Well, this guy’s asking me to join Team FTW. Well, this group, they’re asking if he’ll join in this. So that’s one of those areas where that freedom is fun and pro, they’re not worried about the traditional rules. It’s punk rock, but also, you have to be disciplined so that it doesn’t desensitize the show.”

Rhodes added that communication between management and AEW stars needs improvement as well.

Do you agree with what Cody Rhodes said? Let us know in the comments below!

wpDiscuz
52
0
Would love your thoughts, please comment.x
()
x
| Reply
Report this comment
You are going to send email to
Move Comment