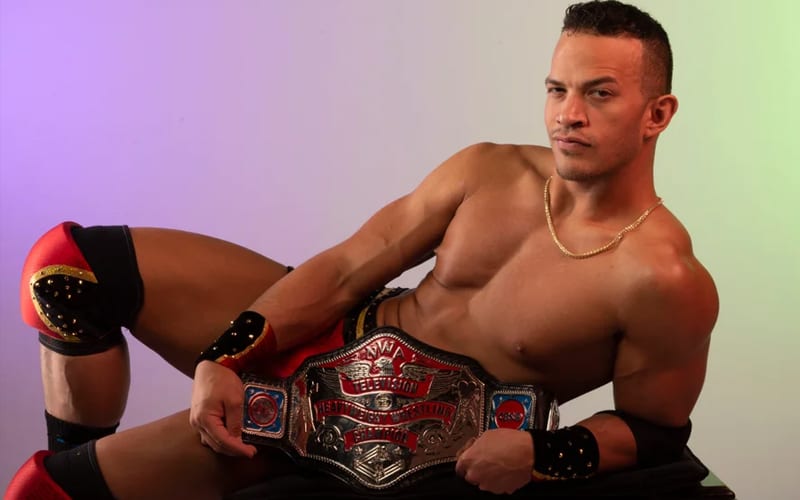 Ricky Starks left the NWA for AEW, and he is a featured performer for Tony Khan’s company. If not for the pandemic, Starks might still be with the NWA and enjoying a different push entirely.

While speaking to Fightful, Zicky Dice was asked to give his opinion on several pro wrestling stars. Starks’ name was mentioned and Dice too the opportunity to speak very highly of his friend. He credited his time in NWA for introducing him to Ricky Starks and Marti Belle, to amazing friendships he still enjoys.

Zicky Dice also revealed that he was going to team up with Starks to take on the Crocket Cup. Those plans never happened, but it was in the pipeline.

“Ricky won’t tell you this, but that’s one of my best dudes right there. I talk to Ricky daily. I mentioned before, if the NWA gave me one thing, it’s amazing friendships with Marti Belle and Ricky Starks. We’ve spent a lot of time on the house party app over quarantine, hanging out daily. Ricky’s a megastar, dude. I knew that right off the bat. I was thinking the other day, someone had posted a picture where the Crockett Cup was supposed to be. Fun fact, myself and Ricky were supposed to win that battle royal to tag together at the Crockett Cup. Yeah, I would have been curious to see what would have happened from that. We were both supposed to win the battle royal, the last two standing. We were supposed to tag at the Crockett Cup and that was supposed to be myself and Ricky Starks”

Dice has officially left the National Wrestling Alliance and he is a free agent now. He has yet to appear for another company since his NWA exit.

Zicky Dice is reportedly trying to angle himself into an AEW deal. We’ll have to see if Dice ends up in All Elite Wrestling, but Ricky Starks could certainly put in a good word for him.