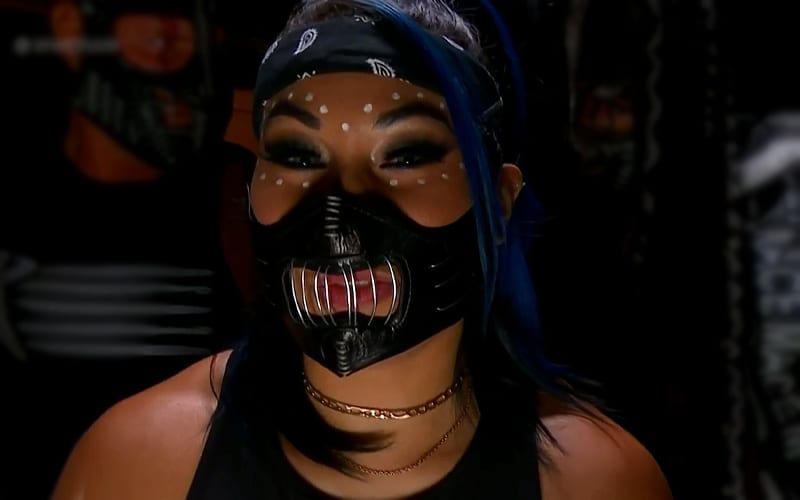 Reckoning is tired of making headlines when she drags someone for saying that Retribution is a terrorist group. So, she’s just going to hold a massive block party instead.

We previously reported about a meme floating around the Internet Wrestling Community which compared Retribution to the rioters who stormed the Capitol Building in Washington, DC. T-Bar was furious about this meme, and Reckoning wasn’t happy either.

Reckoning followed this up with another tweet to explain that she won’t be replying to those people anymore. She is going to hit the block button instead.

There will be no tolerance on ANY of my social media pages for trolling/jokes on the recent terrorist events that has occurred this week. You won’t get “roasted” or a response, just a block. I’m not here for a debate or an argument.

Retribution is WWE’s invading stable, but they are not terrorists. That was something Mustafa Ali made very clear early on. This seems to be the end of the discussion for Reckoning. She also disabled replies for her tweet.