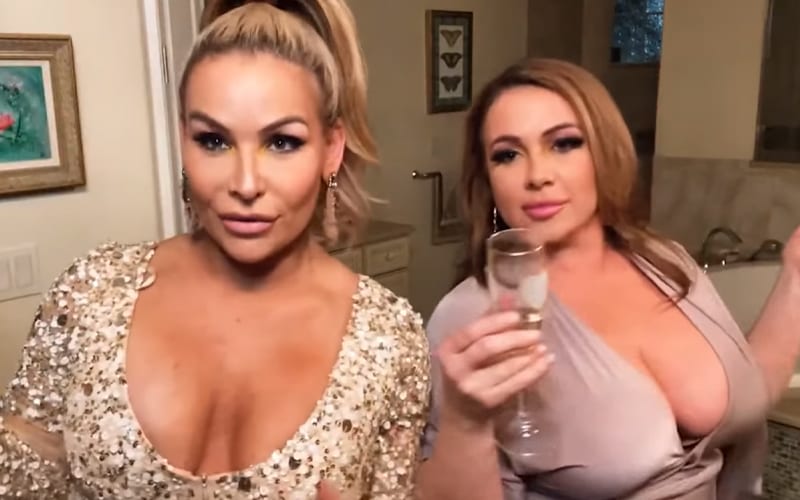 A lot of people have their own version of a New Year’s resolution, and the Neidharts are no different. Natalya and her sister Jenni have agreed to a much different kind of New Year’s vow.

Natalya and her sister Jenni are celebrating one year on YouTube, and Jenni said in a recent video that she’s “single and ready to mingle.” Her intention is to find a boyfriend in 2021.

The Neidhart sisters said that they want to gain five pounds in 2021, and they will be going commando while they do it. Natalya noticed that Jenni wasn’t wearing underwear before admitting that neither was she. This led to them making a New Year’s Resolution to not wear underwear all year. That interaction takes place at the end of the video.

We’ll have to see if Natalya and Jenni stick to their agreement. This could be a long year with their mentions full of fans reminding them about this video. You can watch it below.