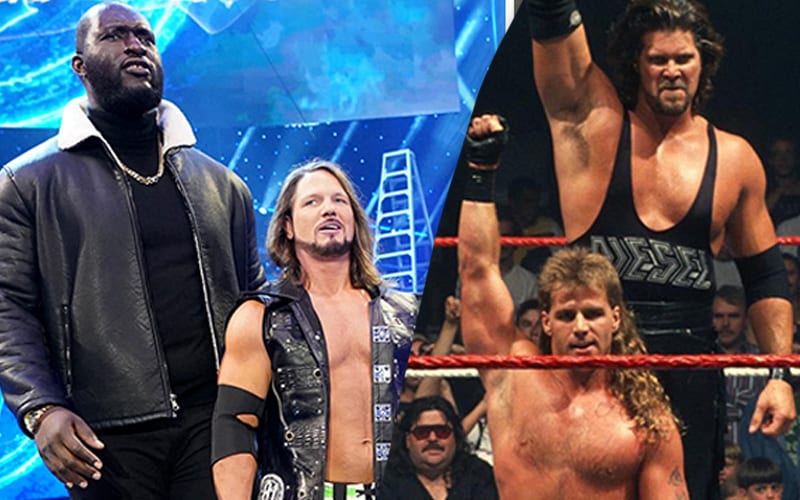 Shawn Michaels and Diesel were a special team that eventually broke off into a vengeful rivalry. AJ Styles and Omos are currently on WWE television, and Kevin Nash recently commented on the idea of having a tag team dream match.

WWE India tweeted out a photo comparison of HBK and Nash with Styles and Omos. The caption asked “Um… what do you say?” about a possible dream match idea. They also tagged all four wrestlers mentioned in the tweet.

Kevin Nash saw this and he had a short reply. “Yeah keep dreaming,” he said. His time in the ring is over, so he’ll leave the bodyguard work to Omos now.

Plenty of fans have talked about an AJ Styles vs Shawn Michaels dream match, but that’s never happened either. Perhaps someday fans will see some variation of this match, or they can just keep dreaming.