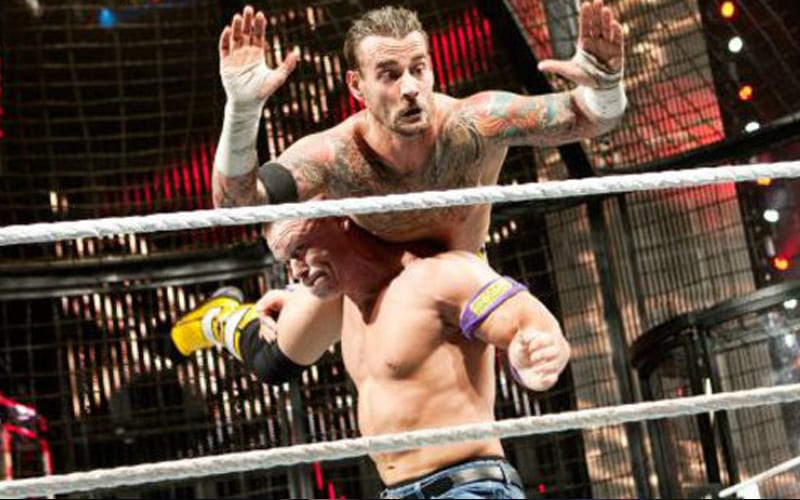 CM Punk suffered his fair share of injuries in the squared circle. One of them took place at Elimination Champion in 2011.

Brad Weimer showed off his ticket stub from the 2011 Elimination Chamber event. He was obviously very happy to have been at that show. CM Punk was around as well, and he commented on a fan who tagged him in a reply.

Punk didn’t reply with any words, but when a fan said that 2011 was the year with the Elimination Chamber “Wolverined his ass,” CM Punk responded with a simple picture.

The Second City Savior replied with a gruesome photo of his leg from 2011. It was cut up and bleeding. Obviously the 2011 Elimination Chamber isn’t one CM Punk will soon forget. He might even have the scars to help him remember that night forever.