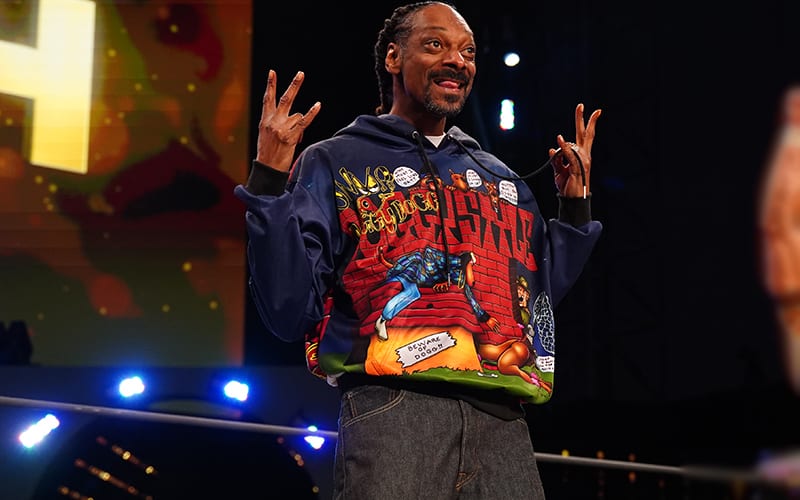 Snoop Dogg showed up on AEW Dynamite this week and he hit a splash off the top rope on Serpentico. The Snake Man wasn’t happy about Snoop Dogg’s actions on Dynamite, but WWE is apparently not mad about it.

According to Fightful Select, there is no heat from WWE about Snoop Dogg appearing on Dynamite this week. The most that was reportedly said about it is that they expected Snoop Dogg to appear on AEW Dynamite because he worked with Cody Rhodes on the Go Big Show, and he loves pro wrestling.

WWE has no deal with Snoop Dogg, so it’s not like he was breaching any contract.

One source said that WWE doesn’t have a deal with Snoop Dogg and doesn’t own him, so there’s no reason for any sort of heat just because they’ve worked together in the past.

It’s unclear whether or not Cody Rhodes will keep his Snoop Dogg remixed entrance music. It wouldn’t be a huge surprise if AEW uses it as much as they can.